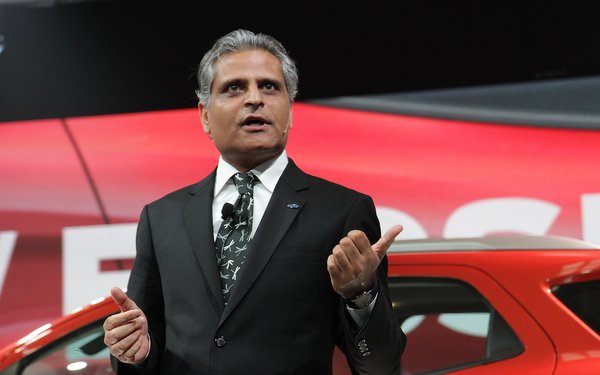 Ford Motor Co. announced that chief marketing officer Kumar Galhotra has been chosen to take over the position vacated by Raj Nair, who left the company earlier this week following allegations of “inappropriate behavior.”

A 29-year veteran of the company, Galhotra has served in a variety of senior-level engineering and product strategy positions around the world. In addition to the CMO position, since 2014, he has led Lincoln Motor Company, revitalizing the luxury brand’s model lineup and customer experience.

“Kumar is an incredibly talented executive with a special feel for product and brand," Farley said in a release. "He is also a seasoned leader who knows how to drive a business transformation...the right person to lead our North American business to new levels of operational fitness, product and brand excellence, and profitability.”

Falotico will reports to Farley, with responsibility for leading the continued evolution of Lincoln as a luxury brand. She will oversee all Lincoln operations globally, including product development; marketing, sales and service; and all team members supporting the brand. She will also lead the company’s marketing function and efforts to connect more closely with customers by identifying new opportunities to serve them. Falotico will remain chairman of the Ford Motor Credit Company board of directors.

Since October 2016, Falotico has been group vice president and chairman and CEO, Ford Motor Credit Company, a financial services company with $151 billion in receivables and Ford’s second-largest profit contributor. In 29 years at Ford Credit, she has served in executive positions around the world, including leading marketing and sales, working side-by-side with Ford to support sales and dealer success, and strengthening consumer and dealer service.

“Joy has been a driving force behind not only Ford Credit’s consistently strong financial performance, but also its business model innovation and transition to a digital customer platform,” Farley stated. “She brings marketing experience and a deep customer focus as Ford enters a very busy new product launch period to drive growth in revenue and profitability.”