About two weeks after the release of Google Chrome’s built-in ad blocker, just 36% of 1,000 U.S. adults surveyed were aware of the new feature. This is in contrast to the 57% of respondents for whom Chrome is their preferred browser.

The 25-34 age cohort is the most likely group to not only be aware of the release (22%), but also to feel they are well informed on the topic (26%). While awareness was highest among Chrome users, those who prefer Firefox and Safari closely follow with 38% and 37% reporting familiarity, respectively. 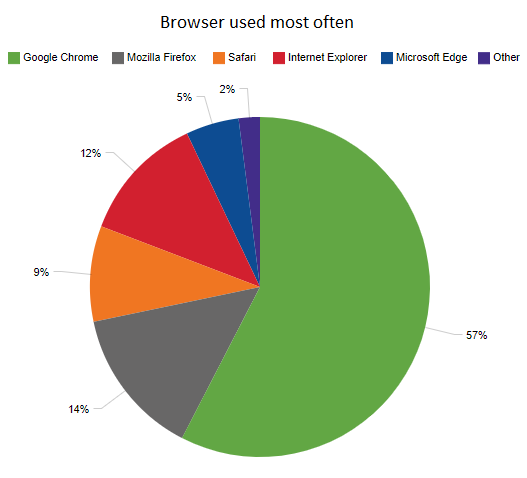 Among those interviewed, just over one half (56%) have enabled some type of ad-blocking technology on their desktop or laptop. But only 24% report using a blocker on their smartphone, which is encouraging news for brands given the rise of mobile-first marketing. The most common usage of ad blocking is among 18-24-year olds, with 67% using ad-blocking technology on at least one of their devices.

Forty percent of respondents do not have ad-blockers active on any device. The most common reason for this is not being bothered by ads (48%). Low familiarity with ad-blockers came in second at 25%. The non-users who swayed from these results were those between the ages of 18-24, with their main reason being low familiarity.

Online ads that interfere with the ability to access or fully view a webpage are most commonly reported as being bothersome. These include: video ads that automatically play with sound (56%), pop-up ads (55%), ads that immediately block the content of a site (50%), and ads that float around a site (48%).

Asked to select the most annoying type of ad, video ads that automatically play with sound was the highest reported, at 31%. In comparison, video ads that play without sound were selected by just 4% of respondents. Static ads were the least offensive type of ad, coming in at 2%. The sentiment surrounding the online ad types were very similar across both genders and age cohorts.

The vast majority of those surveyed are positive toward the addition of built-in ad blockers to Chrome. Only 2% feel negatively about it, with the remaining 28% staying neutral. Females are slightly more likely to be indifferent about the change (32% compared to only 25% of males). Among males ages 25-34, 81% have somewhat or very positive feelings towards the addition, making them the most receptive group.

Safari users are most likely to increase their usage of Chrome with the new ad blocking technology (53%). Firefox and Internet Explorer users closely follow, with 43% reporting a likelihood to use Chrome more often. Only 2% of current Chrome users report they were less likely to use the browser.