Greg Coleman Named To Trusted Media Brands' Board of Directors 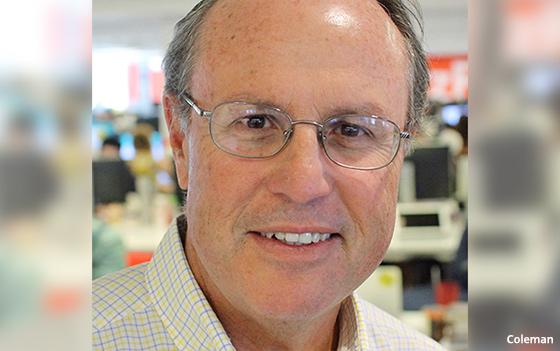 Until last year, Greg Coleman was president of BuzzFeed Japan, before stepping into the role of senior advisor and board member. Now, he will join Trusted Media Brands, as a member of its board of directors.

Trusted Media Brands, home to titles such as Taste of Home, Reader’s Digest and The Family Handyman, has quickly become a frontrunner in the digital arena. It is now in the top 30 of 2,000+ digital lifestyle networks, according to comScoree.

Coleman brings with him a wealth of media experience.

A digital media industry veteran, Coleman has held executive positions with technology companies like Huffington Post, where he was the president and Chief Revenue Officer, and AOL, where he was president of Platform-A.

Coleman joins Trusted Media Brands at a time when the company has seen tremendous digital growth. In December 2017, the company reached 62.7 million unique visitors (UVs), up 20.3% from the same period in 2016.

Leading brand Tasteofhome.com reached 19.8 million UVs, also in December 2017, recording an audience increase of 55.1% from the same period in 2016. The brand has performed strongly among millennials.

The Family Handyman and Reader’s Digest—which is now among the top 10 magazine brands—also saw strong growth, with the former recording an increase of 34.7% UVs and the latter 34.2%, also during the same period.

Bonnie Kintzer, President/CEO, Trusted Media Brands, stated his insights will be "extremely valuable as we look to further accelerate that expansion moving forward.”