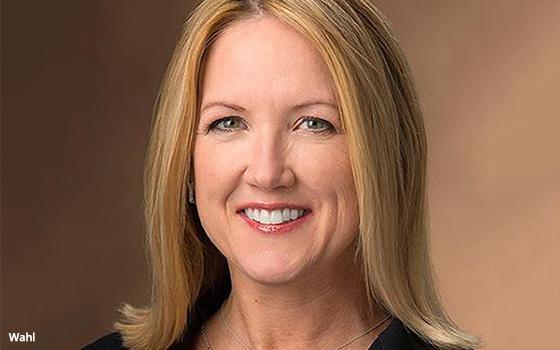 A marketing executive who has worked at several different automakers has been appointed global chief marketing officer at Cadillac.

Deborah Wahl assumes the position effective March 26. She brings over 20 years of experience with marketing and brand work, She helmed marketing for three years as CMO at McDonald’s and since leaving, has served on the boards of directors of Groupon and media software company Mediaocean.

After the automakers and before McDonald’s, Wahl served as CMO at PulteGroup, one of the country’s largest homebuilders.

Wahl was not available for interviews, according to a Cadillac spokesperson, but provided this statement.

“As a career marketer, I’ve seen companies make strong efforts to evolve and modernize,” Wahl said in the statement. “It’s never an easy charge. I’ve been watching Cadillac’s transformation from afar and continue to be impressed with the foundational work that has been done that is fueling consumer interest and intrigue.  Cadillac is an iconic, American luxury brand and I am honored to join this team and build on the incredible momentum that will restore Cadillac to its place as the leader of luxury brands.”

Wahl succeeds Uwe Ellinghaus, who resigned from the carmaker in  December, citing health problems. She will be based in the company’s New York headquarters and report to Cadillac President Johan de Nysschen. She will lead the strategic marketing for the Cadillac brand around the world, the company says.

While at McDonald’s, Wahl developed an “Agency of the Future” model, which “brings a new, collaborative approach based on top talent and technology, with digital, data, and human intelligence at the core. The new agency model delivers exceptional creative and engagement strategies that build great teams who create platforms that drive performance at the speed of now, the cost of yesterday, and the effectiveness of the future,” Wahl says in her LinkedIn profile, where she refers to herself as a “data-driven innovator, creative brand revitalizer and collaborative leader.”

One thing Wahl might want to sort out is which ad agency is Cadillac’s agency of record, or lead agency. That is, if she doesn’t choose to conduct a review and choose a new agency or agencies.

Last week, a Cadillac spokesperson told Marketing Daily that Publicis NA is still considered AOR. In response to that, a representative for fellow Publicis Groupe agency Rokkan emailed Marketing Daily today asking that the story be changed, since that agency is, in fact, AOR. When queried a second time, the Cadillac spokesperson said “Rokkan has been a part of the Publicis Group and working on pieces of the Cadillac business since 2014. Their scope expanded towards the end of 2016.” But the spokesperson fell short of calling them AOR. Publicis NA still lists Cadillac on its client page as its North American AOR.