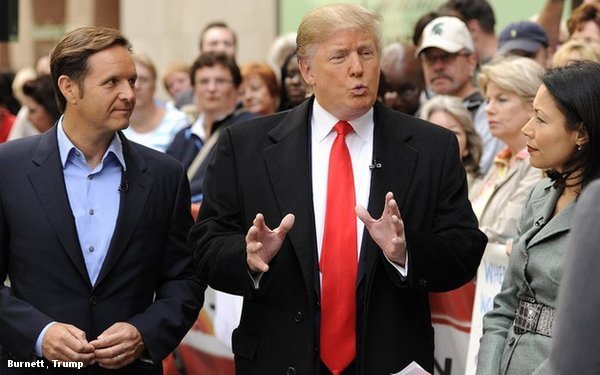 In the 417 days since Donald Trump has been President, nary a day has gone by that I haven’t felt we are living through a scripted reality TV series, and one that might well be produced by his former TV producer partner Mark Burnett. It’s not his hiring and firing of former “Apprentice” star Omarosa Manigault-Newman as part of his White House team. Or even his firing of Secretary of State Rex Tillerson via a tweet. It’s just that the incessant conflict narrative of Trump vs. (fill-in-the-blank) doesn’t feel real. It feels like reality TV.

I’m not alone. At least one academic researcher believes Trump’s presidency is an extension of his reality TV persona. The only question is which is wagging the other?

“I strongly believe that Donald Trump would not be president if it weren’t for his being on ‘The Apprentice’ and ‘The Celebrity Apprentice,’” Shira Gabriel, associate professor of psychology at the University at Buffalo, says as part of a “parasocial” analysis released by the university’s psychology department last week.

To support their thesis, the team conducted an online survey of 521 voters and measured their current attitudes about Trump, as well as their voting behavior and their experience watching Trump’s two television shows.

Their finding: 14 seasons of “Apprentice” and “Celebrity Apprentice” have pre-conditioned voters to view Trump as a “friend” and “a calm, infallible decision-maker, who listened to others but came to his own conclusions, greatly emphasized his success.”

Viewers who developed a parasocial relationship with Trump liked him, according to Gabriel. That predicted believing many of his promises, as if trusting the word of a friend. At the same time, the study’s results suggested viewers were less likely to believe negative stories about Trump.

Interestingly, the Q Scores Company predicted as much in the run up to the 2016 Presidential election. While the company does not track political candidates or world leaders in its research, 14 years of Trump’s role on reality TV, led the company to predict that viewers’ perceptions of Trump’s TV persona could well give him the edge over HIllary Clinton at the polls, mainly because it would transfer to their view of him as a candidate.

Gabriel’s research confirms what the Q Scores showed, but my question is how has this transference of TV persona to real-world governing persona impacted the way Americans perceive Trump as an actual President? I’d like to see some research on that.

6 comments about "Our Parasocial Bond With Donald J. Trump".
Check to receive email when comments are posted.
Read more comments >
Next story loading