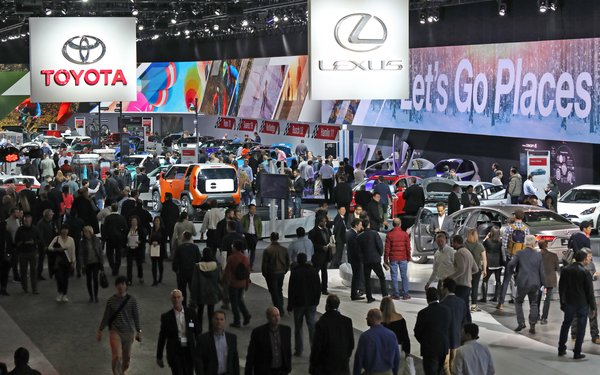 In case you haven’t heard, Detroit is in the midst of a revival and is attracting scores of new residents who want to take advantage of affordable housing and other positive attributes.

While that may be true, you have to be willing to take the bad with the good, and high on the list of what’s bad is a couple of months of frigid weather and very little sunshine.

Automotive journalists complain year in and out that they must come to the city in January for the North American International Auto Show. Even Detroit-based journalists dread it because the press days inevitably fall during a nasty snowstorm, which makes navigating around the city a challenge even for those of us adept at winter driving.

So when rumors started circulating in February during an equally cold Chicago Auto Show that the Detroit Auto Dealers Association, which runs the show, might be moving it to October, more than one journalist and automotive executive did a happy dance.

There are more reasons for a move than not. For starters, an October show would put Detroit ahead of the Los Angeles Auto Show in November and the Consumer Electronics Show technology extravaganza in Las Vegas, also in January. Both shows have been stealing the Motor City’s thunder in recent years. Another possible benefit includes adding outdoor events and reducing automakers' costs. As for the regular public show days, you've got to think not having to negotiate inclement weather might encourage a few more spectators.

Auto show executive director Rod Alberts told the Detroit Free Press that enthusiasm is building for such a move, although a final decision has not been made.“The more stakeholders we talk to, the more they like the idea,” Alberts said. “We want to showcase Detroit in what may be the most beautiful month of the year.”

An earlier show could prompt the return of some automakers who have abandoned the show in recent years, including Volvo, Mazda, Porsche, Jaguar, Mini, Ferrari and Maserati. Mercedes-Benz won’t be attending in 2019.

There’s also talk of changing the name from the “North American International Auto Show” (which it started going by in 1989 to emphasize its global importance) to a moniker that includes “Detroit,” a move that increasingly makes sense given the city’s revival. “Detroit Auto Show” rolls off the tongue a lot easier, as well.

Hopefully the dealers association received support for the idea during talks with auto executives at the Geneva Auto Show last week and will be announcing the change very soon.