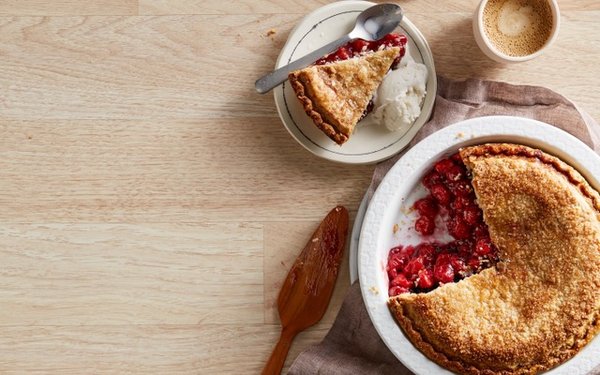 It’s hard to imagine a less consumer-friendly idea than an annual celebration of irrational numbers, but it’s true: America is falling in love with the idea of Pi Day, and more marketers are trying to take advantage of this unlikely math hit.

Pi Day, which wonderfully coincides with the birthday of Albert Einstein, has long been the favorite of the slide-rule set.

Pi Day is the celebration of the mathematical constant π, and observed on March 14, because 3, 1 and 4 are the first three significant digits. The growth of pi for some brands is easier to understand: Pieology, for example, became the first company to break into the top 20 pi-related search terms last year, with a 93% increase from the previous year, while Domino’s got a 45% increase, and Blaze Pizza, a 44% gain in searches.

And tech brands, such as Microsoft and Newegg, often offer 3.14% discounts.

Pi Day’s appeal is probably as simple as people wanting to sound smart, says Mashal Thariani, outreach SEO/public relations manager for iQuanti, which is based in Jersey City, N.J. Nor does it hurt that consumers have a growing awareness of the importance of STEM studies. “In Princeton, for example, they celebrate Pi Day along with Einstein’s birthday, with everything from Einstein look-alike contests to musical events, tied to his love of music. There are a lot of ways to celebrate, and we expect to see marketers get more creative.” Some of her favorites this year? A bookseller offering “The Life of Pi” at a 95% discount, or restaurants hawking pi-scream sundaes.

“Social media has also been key in building awareness for the day,” says Samanvay Sharma, manager of iQuanti’s marketing and digital solutions. (He gets a special kick out of the number of people searching for and sharing songs about pi.)

For others, it’s likely a badge of geekiness, and one of the most important holidays on the calendar. It’s the day Massachusetts Institute of Technology famously mails out its acceptance letters, for example, and mathletes everywhere will celebrate with pi recitation showdowns (the latest record has calculated pi to more than 22 trillion digits) and pie-eating contests.

In Princeton, N.J., Einstein’s hometown in the U.S., celebrations happen on a much grander scale, with some 18 events attracting between 6,000 and 8,000 people each year. (That includes the only youth pi recitation contest offering cash prizes, $314.15, says Mimi Omiecinski, owner of Princeton Tour Company, who organizes the events.)

There’s even romance: She tells Marketing Daily she got her online ordination so she could help couples renew their vows at the towns Princeton Pi pizza restaurant, starting at 3.14 pm on Pi Day. “Couples come in wigs, and then celebrate with heart-shaped pizzas.”

Bad news for fans of irrationality, though: Once the pie is eaten, nobody cares. IQuanti says pi searches plunged 232% between March and April 2017.