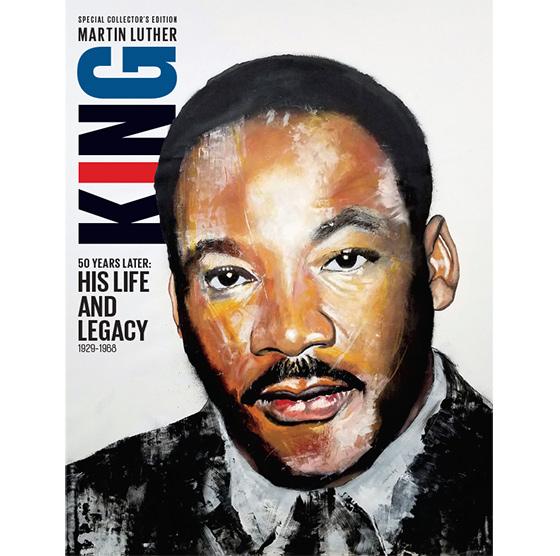 Titled “Martin Luther King 50 Years Later: His Life and Legacy,” the issue “attempts to honor the full measure of the remarkable leader––from his beginnings as a preacher to his career as a celebrated, and feared, advocate for social change,” according to the publisher.

The 96-page issue contains both archival stories and contemporary essays, picked by The New Yorker and Vanity Fair editors.

The issue, which does not contain ads, hit newsstands March 13 and is also available for purchase o nline on Amazon.com for $14.99.

The special issue is free of ads "given the focus of this collector's edition is centered around such a revered public figure," a Condé Nast spokesperson told Publishers Daily.

Stories in the issue include “A Giant Falls,” in which New Yorker contributors Jacob Brackman and Terrence Malick look back at MLK Jr.’s assassination 50 years ago.

“The War at Home,” a piece originally published on TheNewYorker.com by Benjamin Hedin, details King’s appearance at Manhattan’s Riverside Church in 1967, when he criticized the U.S. government for its involvement in Vietnam.

The Atlantic also published a special issue last month to commemorate the half century since King’s death, called KING, with original and archived editorial content reflecting on his legacy.