'The Onion' Votes To Unionize 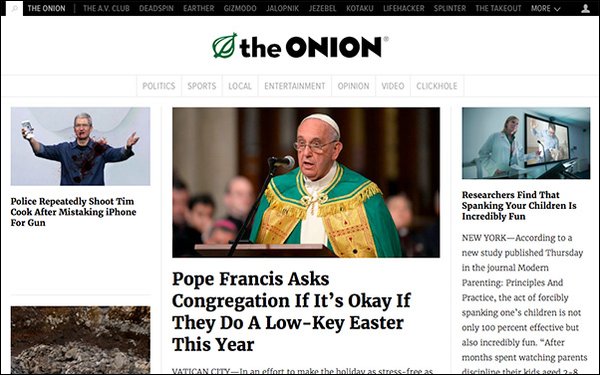 Onion Inc., the owner of satirical site The Onion, as well as The A.V. Club, ClickHole and The Takeout, has voted to unionize.

The company plans to join The Writers Guild Of America, East, which also represents Onion Inc.’s sister sites of the Gizmodo Media Group, made up of Jezebel, Deadspin and Lifehacker brands, among others.

Staff sent a letter to Onion Inc. and Univision management, which cited ensuring editorial independence, fair wages, hiring practices, consistent benefits, severance pay and having a “seat at the table” as the main reasons behind their decision to unionize.

“By organizing, we intend to protect the culture and values that make Onion Inc. a singularly great place to work and establish a formal means by which the employees have a collective and meaningful voice in our workplace,” they wrote.

A Onion Inc. spokesperson told TheWrap the company "respects their right to unionize."

"We have begun having discussions with the WGAE about the path forward and hope to arrive at an arrangement in short order,” the spokesperson said.