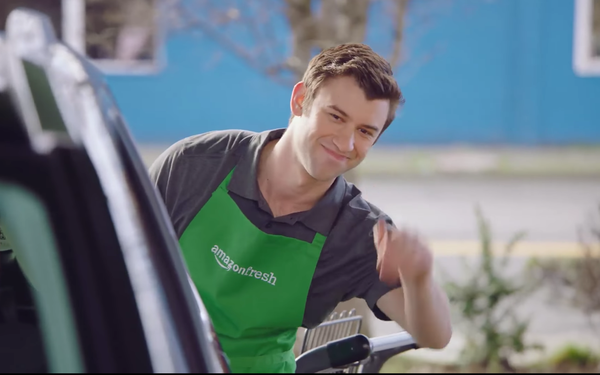 With both Amazon and Walmart locked in ever-escalating efforts to win Americans over to the joys of online grocery shopping, it’s easy to forget how much further along the rest of the planet is.

A new report from Forrester Research estimates that online grocery spending around the world, worth about $150 billion last year, is set to double in the next five years, reaching $334 billion. With a compound annual growth rate, the report finds that even as the market enters the mature phase in South Korea, China, Australia and the UK, there’s evidence that online food sales in laggards like the U.S. and Germany are almost ready to gain critical mass.

As a result, retailers around the world are racing to become consumers’ default grocery store, investing billions in online touchpoints, technology, and logistics.

Based on the percentage of grocery spending online, Meena classes countries as “maturing” if global online retail penetration is at least 13% of total retail, with online grocery sales comprising more than 3% of total grocery sales. Home delivery is the most common method but click-and-collect services are also gaining.

He categorizes France, Japan, the Netherlands, Denmark, and Norway as “growing,” with online composing between 8% and 12% of total retail sales, and online purchase more than 3%. And in Japan, change is coming fast, thanks to the Amazon Fresh launch in 2017, and Walmart’s partnership with Japan’s Rakuten, set to roll out later this year.

Besides the U.S. and Germany, he puts India, Brazil and Russia in the beginning stages, with online retail penetration below the global average of 13%, and online grocery sales less than 3% of total grocery sales.

“We expect the U.S. and Germany to move into the growth stage in the coming years, due to the large number of online buyers and retailers’ aggressive investments in the online grocery channel,” he writes. “We also expect a boost in the U.S.’s online grocery sales, thanks to its 30-plus cities with a population of over 2 million and high online retail penetration in other categories.”

He also notes that low-profit margins in grocery sales are driving more experimentation, including combining online and offline options. Getting food purchased online into shoppers’ hands also looks different in many of these markets.

Besides home delivery, click-and-collect, curbside pickup and delivery lockers, stores around the world are experimenting with “dark stores, which are small warehouses not open to the public; distributed warehouses; centralized warehouses; subscription models; express delivery with 60 to 90 minutes; and hyperlocal services that deliver groceries from a local store.”