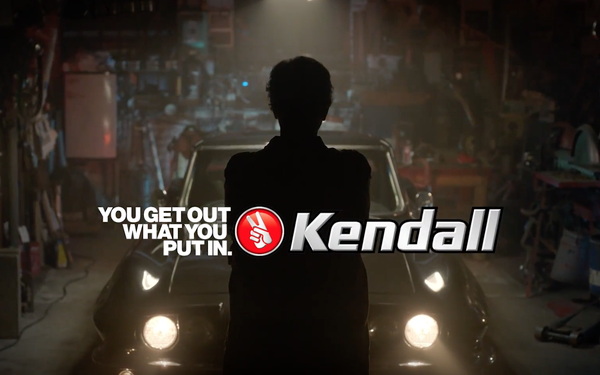 Kendall Motor Oil is linking its national campaign to the Mecum Auto Auction, a series of events that attracts auto enthusiasts and key distributors.

The brand is the Official Motor Oil of the auction, the latest of which took place in Houston April 5-7 and was filmed live for NBC and NBC Sports Network. The next one is scheduled for May 15-19 in Indianapolis.

The 30-second spot, “Devotion,” is also available for viewing on Kendall’s YouTube page and its other social media.

The campaign, from Bailey Lauerman, targets those who take “exceptional” care of their cars. It’s an effort to raise Kendall’s perception as a premium brand within the Phillips 66 portfolio. The product currently competes with many premium oils on the shelves.

“The new Kendall campaign shines a light on the importance of the motor oil you put in your engine,” Julie Wright, Kendall brand director tells Marketing Daily. “The work parallels the emotion and dedication that consumers pour into their passions and the standards they should have for what goes into their engine.”

The campaign elevates the motor oil with the conceptual idea, “In life, you get out what you put in. The same goes for your engine.” Scenarios show samples of the hard work that goes on behind the scenes — whether in a car restoration or personal performance.

The campaign is supported by regional geo-targeted mobile digital display (hitting near distributor retail locations). A trade print campaign will reach installers. In addition, the brand will launch a product channel on Amazon.