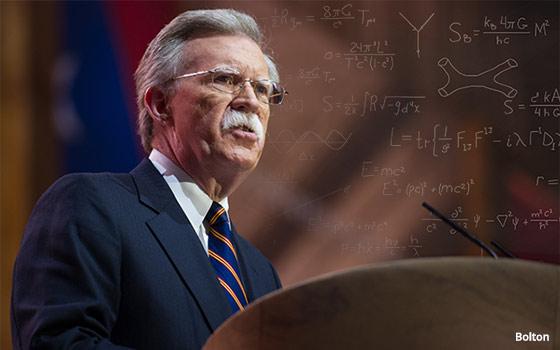 “The illusion of freedom will continue as long as it's profitable to continue the illusion. At the point where the illusion becomes too expensive to maintain, they will just take down the scenery. They will pull back the curtains, they will move the tables and chairs out of the way, and you will see the brick wall at the back of the theater.” — Frank Zappa

They may not, in Frank’s immortal words, be “taking down the scenery” yet. But it’s increasingly looking like a slapdash paint job where the verisimilitude of the show doesn’t really matter anymore, as long as they can get the actors to recite their lines properly and shut up the ones who go off-script.

That’s why, the moment we heard the Ecuadorian Embassy shut down Julian Assange’s internet, I figured some very bad things were going to happen in short order. It looks like I was correct.

Most journalists I talk to don’t like Assange, and that’s putting it nicely. But his track record for being right is much better than theirs, and I don’t see how anybody can disagree with his core philosophical tenet: “If wars can be started by lies, peace can be started by truth.”

That’s definitely a guy you want to shut up if you’re determined to launch (another) war based on lies.

Which is only one of the many reasons I have to passionately agree with Fox News’ Tucker Carlson (something that I never, ever imagined putting into the public record), as he questions the veracity and motivations behind the latest alleged chemical warfare attack in Syria by the embattled country’s president-cum-dictator Bashar al-Assad.

It can’t be said enough that this latest alleged chemical attack is either a fiction, a “false flag” or the greatest military strategic blunder since George W. Bush and his collection of warmongering ghouls used the 9/11 attacks as a pretext to attack Iraq (based on lies).

Which leads us to the next string on the board: The return of Bush administration warmongering ghoul John Bolton to Washington, now as top National Security Advisor. If you don’t mind the dying sport analogy, bringing Bolton back during peacetime would be like an NFL team signing Tim Tebow for his curve ball.

The fact that his hire was announced days before the alleged chemical attack is odd timing, let’s say.

Before the election, when some people were trying to convince me Trump was “real,” I would often recite a list of names that, were they to become affiliated with Trump as candidate or president, would tell me he was a fraud. Bolton was on that list.

Then we’ve got the overhyped hysteria surrounding the “poisoning” of British double agent Sergei Skripal and his daughter, allegedly by Russia (but why? Again, nobody’s given a good reason, other than “Putin’s an a$$hole”). Both were originally supposed to be dead in days, due to the toxicity of the novichok element, and yet — they’re getting better.

The inability to actually peg the novichok back to Russia, along with the non-lethal lethality of the always previously Game Over You’re Dead-ness of the alleged novichok element, did not stop the U.K. from throwing a bunch of Russian diplomats out of their country. That resulted in a Russian tit-for-tat, removing a multitude of presumably reasonable voices from the board.

And let’s not kid ourselves that further U.S. intervention in Syria is about the kids, either. When it comes to killing children in the Middle East, a good argument can be made that nobody’s done a better job at it in the past half-century than the United States.

Under the Clinton Administration alone, former Secretary Of State Madeleine Albright acknowledged at least 500,000 dead Iraqi children, and  told “60 Minutes” their deaths were “worth it,” to take out Saddam Hussein (which they didn’t, you’ll recall).

Half a million kids. Hell, that’s a Moloch-worthy number of kid deaths.

Moreover, if the United States was genuinely concerned about dead children in the Middle East, we’d be protesting about our Saudi Arabian allies and their groovy new Hollywood and D.C.-courting Prince continuing to bomb Yemen and killing/injuring/starving thousands of kids.

On the other hand, we’ve got precedent for the U.S. and our Middle East allies using fake dead kids as pretext for war. Remember Nayirah? Probably not, because nobody wants you to, but she was the 15-year-old girl who testified before Congress in 1990 about seeing evil Iraqi soldiers invading Kuwaiti hospitals to pull babies out of incubators, then leaving them to die. She cried, it was all over TV, and it was extremely convincing. First president Bush and many U.S. Senators cited her testimony in rationales for the invasion.

It later turned out Nayirah was actually Nayirah al-aba, daughter of the Kuwaiti ambassador to the United States, and her appearance was manufactured by the American PR agency Hill & Knowlton, for a cool $12 million, per the Sun-Sentinel.  The babies-pulled-from-incubators story was a lie.

By the time America found out the truth, as it often does, it was too late. As it often is.