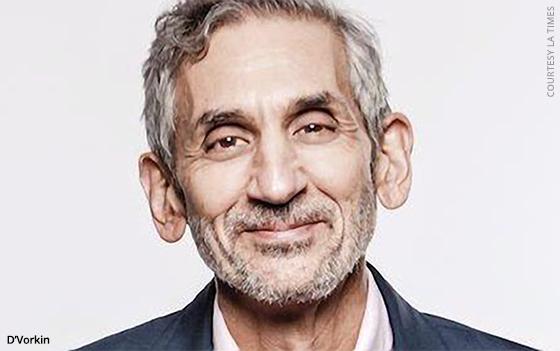 On Thursday afternoon, during what was supposed to be a routine meeting, dozens of Los Angeles Times’ employees were laid off en masse, due to a change in the company’s business structure, the paper reports.

Also out is former editor-in-chief Lewis D’Vorkin. D’Vorkin was appointed editor of the L.A. Times in October of last year and caused much tension and discord in the newsroom. He was quickly moved to the role of Chief Content Officer of Tribune Interactive.

D’Vorkin was also temporarily put on unpaid leave after NPR reported he had been a defendant in two sexual harassment cases before joining the company. He was later cleared of wrongdoing.

Other staff losses came from the newly formed Tribune Interactive’s Los Angeles-based video and content teams, which worked independently from the paper.

Just a few weeks ago, Tronc laid off employees at one of its other publications, The Chicago Tribune. On Wednesday of this week, the Tribune’s newsroom voted to unionize.

The news of The L.A. Times’ layoffs come as the paper is close to closing a deal with L.A. biotech billionaire Patrick Soon-Shiong later this month. Soon-Shiong is also purchasing The San Diego Union-Tribune in the deal.

Today, it was reported that Soon-Shiong wants to move the L.A. Times from its home in downtown Los Angeles to El Segundo, 20 miles away from its current headquarters and outside city limits.

As part of the agreement, GateHouse Media will sell its Alaskan assets, which include the Juneau Empire, Peninsula Clarion and Homer News, to Black Press.

The Akron Beacon Journal was founded in 1839 as the Summit Beacon and later merged with the Akron Evening Journal in 1897, to become its current iteration.

The paper has a daily circulation of 68,000 and has won several Pulitzer Prizes in its history, including for its coverage of the Kent State shootings and a series of anti-Vietnam columns by John S. Knight.

GateHouse has amassed a reputation for collecting newspapers then stripping them of staff and resources.

According to Crain’s Cleveland Business, Beacon employees took to social media to express their anxiousness following the announcement, with reporter Katie Byard stating on Facebook: “Well we've been sold to Gatehouse, and we have no guarantee of a job — will learn soon whether we get an interview and whether we get an 'offer' of a job.

'We are not accepting the labor agreements,' said one of the Gatehouse officials. "Yes, they can do that because it is an asset sale."