Samsung's New Smartphone Is As Dumb As Possible 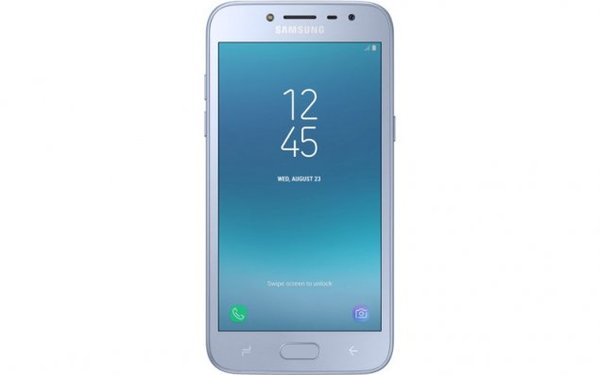 Samsung’s new Galaxy J2 Pro smartphone can’t do much of anything, and that’s the idea. It’s the opposite of a smartphone, and is now being marketed only in South Korea. It’s aimed at students who need to buckle down for final exams and need to avoid the buzz around them. Samsung did not respond to queries about expanding the market to the U.S.

The J2 acts as a phone. You can use it to send text messages. And it has a pretty good camera.

But there’s no Internet, so no Facebook or Twitter or WhatsApp or Google or any other app.

In South Korea, students who buy the Galaxy J2 can trade it in after the school year and get full value for it applied toward a Samsung smartphone that actually does smart things.

But the tech press — when not marveling as just how nothing this phone is — also say that for people who want to lose the distractions but keep some of the conveniences, the J2 is a good product and it looks sharp.

Something like this could also interest older people who don’t want to get immersed in the smartphone culture, or hipsters who want to quit being so  immersed, or many Internet citizens who think trackers know way too much about them. It’s also for parents to provide to their children while still limiting what they can do with these devices.

There are lots of cheaper cell phones out there, but most of them are cheap because they do everything but not all of it very well. Only a few phones set out to meet limited ambitions.

The Light Phone, from a start-up based in Brooklyn, first offered a phone that pretty proudly dissed itself: “Light is a slim, credit card-sized phone designed to be used as little as possible. Light is your phone away from phone,” it bragged. The Light Phone was priced at just $150.

It was basically a phone. Perhaps too basically. So the Light Phone 2,  expands to include texting, an auto alarm and auto reply.

It’s a product at crowd-sourcing Indiegogo.com now and the new version isn’t expected to arrive until next year. For three more days you can order one for $250, but after that it will be priced at $400, a fairly hefty price. But consider what you’re not getting.