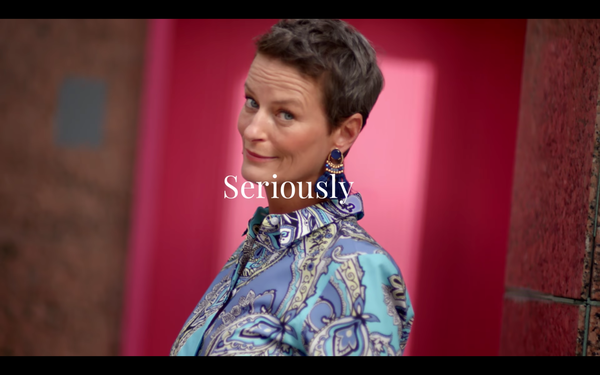 While it’s no secret that brick-and-mortar retailers have been taking their lumps lately, Chico’s sees plenty of opportunities to use email to improve and animate its customer experience, especially through the use of personas.

“We all know that you have to know your customer, and that that includes psychographics, demographics and behavior,” says Shelagh Stoneham, its senior vice president, marketing, speaking at MediaPost’s Email Insider Summit on Monday. “That is all still true. But to really know her, you can’t just know what she does–you have to understand why she does it, which means qualitative as well as quantitative research.”

She says that Chico’s, which is based in Fort Myers, Fla., and has some 1,400 stores, spent a full year turning that research into two different personas: Joy, its primary customer, and Catherine, a secondary customer.

“Not only can I picture these two women and what their lives are like, but so can everyone in our marketing department. We know these women well enough that we can tell stories about them, and share them with everyone in the company. We know them as well as we know some of our friends.”

Not only do these two fictional shoppers inform overall marketing, such as the #HowBoldAreYou campaign launched earlier this year, but they also influence its product selection, customer service efforts and email strategy.

She says the retailer has also invested in finding and refining its brand purpose–fun, fabulous and fearless fashion for women 45 and older–which also helps with email messaging. “That definition creates sharp edges, and makes it easier to decide if something fits your brand or not,” she says.

Emails serve customers by delivering on brand purpose in ways it believes are most meaningful. “People talk all the time about the numbers of emails sent and worry about opt-out rates, but I don’t think that is the issue,” she says. “Not everyone is driven by deals and emails don’t have to be transactional. People want inspiration.”

She says the email strategy at Chico’s supports the broader mission, which is to “encourage her to embrace her personal style and be empowered by her own uniqueness.”

Of course, optimizing email for mobile is also important, as is a broader acceptance that the death of the traditional marketing funnel means “we all have to be pinball wizards,” she says. “Since we don’t know which bumper the ball will land in, we have to provide relevant content at every single customer touchpoint.”

With its new marketing campaign, for instance, she says the company reconfigured some 3,000 assets to make sure it fits with the new look and the new messaging: “Customers like consistency.”

In its most recent quarterly results, sales at Chico’s, which also owns White House Black Market and Soma, fell 2.2% to $587.8 million, compared to $600.8 million in the prior-year period, driven by a 5.2% drop in same-store sales. (For the full year, same-store sales sank 7.7%.) But net income jumped to $28 million, from $13.5 million, better than expected. And it said it believes its strengthened brand positioning and sales-driving initiatives, including the new marketing campaign, have “built a solid foundation for our next stage of profitable growth.”