In Journalism We Trust (Not So Much) 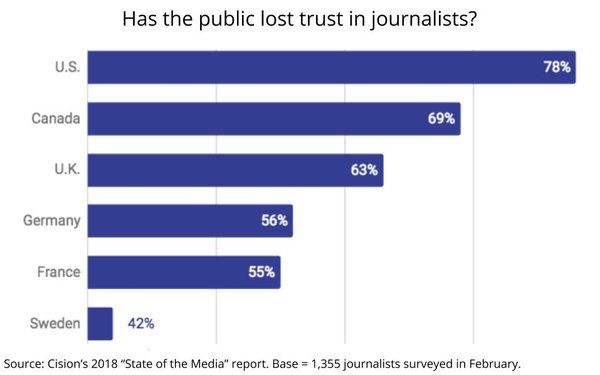 The bad news is that 71% of the world's top journalists believe the public has "lost trust" in them. The good news is that it's a significant improvement from a year ago, when the percentage was 91% among journalists responding to Cision's annual "State of the Media" survey.

As positive as the trend line may seem, the perception continues to be overwhelmingly negative for a profession that fundamentally relies on people's trust and confidence in their craft, especially in the U.S. which continues to have the greatest level of cynicism among journalists.

Many factors have contributed to the lowering of journalists' esteem -- especially the role of so-called "fake news" dissemination. Fifty-six percent of the respondents -- 59% in the U.S. -- cited "fake news" specifically in accelerating skepticism among consumers.

Speaking of trust, Cision also asked the journalists to rank the "trustworthiness" of various sources of company information.

Conventional press releases overwhelmingly rank as the most trusted source of company information, followed by a company's website, its spokesperson, its blog and its social media. 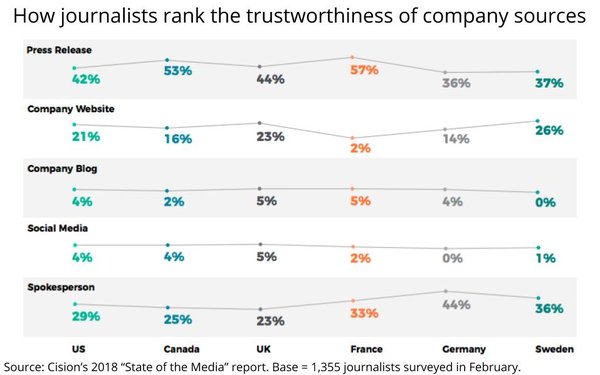