Suppose They Gave A Press Briefing And Nobody Came 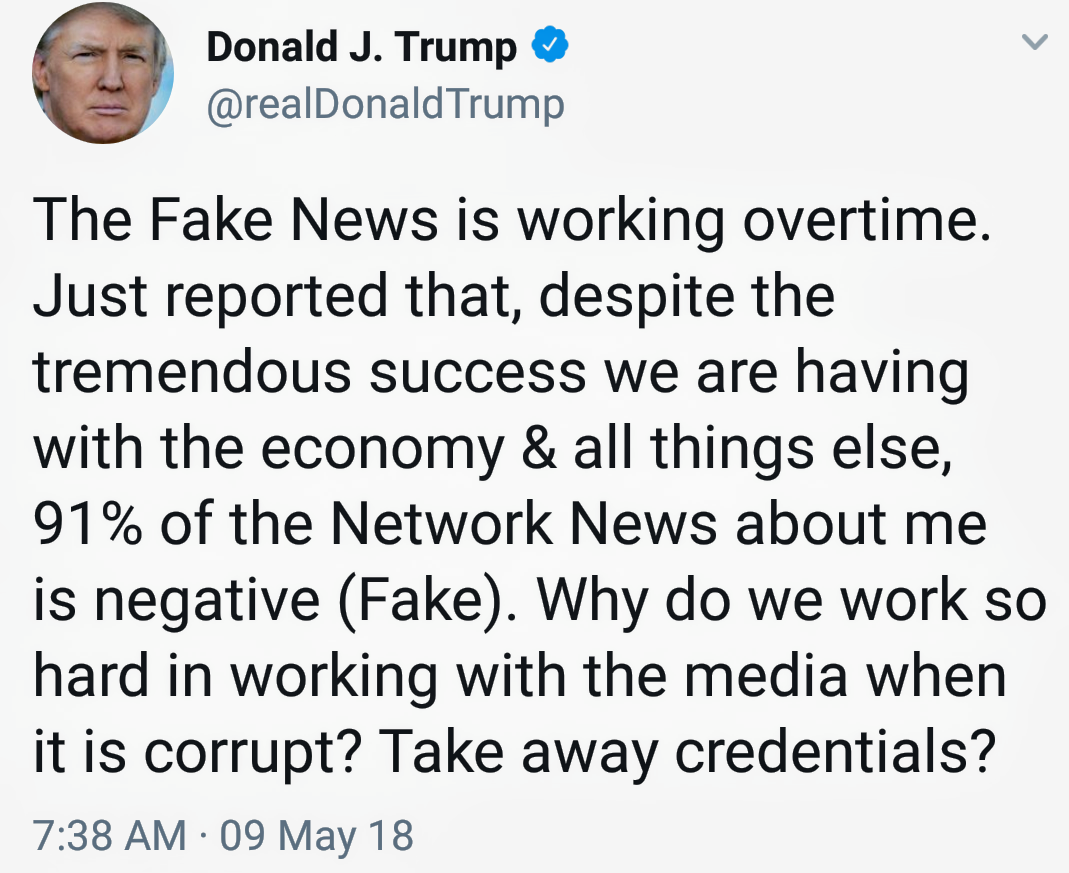 In his latest attack on America’s free press, President Donald Trump this morning threatened to take “press credentials” away from the news outlets he deems “fake news.” How many news outlets would that impact? Depends on how Trump defines fake news, but by his own estimate, “91% of the Network News about me is negative (Fake),” which presumably means only Fox News would be credentialed.

Aside from likely being against the First Amendment, and the public’s right to know what the White House is doing -- or at least, what it says it’s doing -- the move could be the best thing that ever happened to the legitimate media’s coverage of the White House.

One of the best suggestions I heard early on in Trump’s presidency was that instead of being spun -- and bashed -- at the White House press briefings, the major news organizations should send their interns to cover it. The strategy would have two benefits. The first would be freeing senior journalists up to do more earnest work. The second would be sending a message to the White House about how irrelevant its spin actually is.

So instead of Trump sanctioning legitimate news organizations whose coverage he doesn’t like, they should take the upper hand and simply ignore the White House press briefings.

2 comments about "Suppose They Gave A Press Briefing And Nobody Came".
Check to receive email when comments are posted.
Read more comments >
Next story loading