In an Attempt To Convert Audience, 'BuzzFeed' Introduces Bot Jojo To Podcast 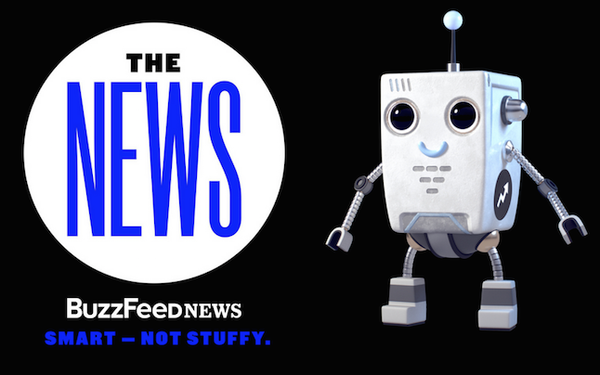 New platforms and revenue streams are essential for any digital or print publication hoping to survive in today’s volatile environment.

Despite disappointing revenue numbers last year that resulted in layoffs across the company, BuzzFeed has found an eager audience when it comes to live broadcasts — "AM to DM" was just renewed by Twitter — and brand extensions like its podcasts.

According to Nieman Journalism Lab, in an attempt to convert podcast listeners into readers, BuzzFeed has introduced a bot named Jojo to its new weekly news podcast "The News."

Alex Laughlin, an audio producer at BuzzFeed, stated: “One of our goals has been to talk about the news in a way that invites our audience into the news cycle. We’re trying to make it a little bit easier for people to be engaged.”

Nieman noted that other outlets have struggled to convert podcast listeners into visitors to their sites. Some have attempted to sway new readers by including hyperlinks in newsletters and others have experimented with Facebook Messenger chatbots.

In some cases, these ventures have proven somewhat effective, but glitches prevented them from fully engaging audiences. BuzzFeed is hoping Jojo will allow for a seamless transaction between listeners and "The Weekly," deepening the reporting for each side.

Listeners and readers are coming to an outlet for more than an update on local, national or global events or to follow familiar writers. Consumers investing their time and, in some cases, dollars into a media brand, want to feel a part of it.

Jojo offers additional links and information related to podcast stories, but she also drives readers to the Twitter handles of BuzzFeed reporters, where readers can connect with the people behind the stories.

The bot urges listeners to send along questions related to the stories they’re hearing, resulting in further audience engagement.

In today’s media environment, numbers and revenue dollars aren’t going to be enough to keep a brand afloat. Now, an outlet must become a multidimensional entity that invites consumers to become part of the story.