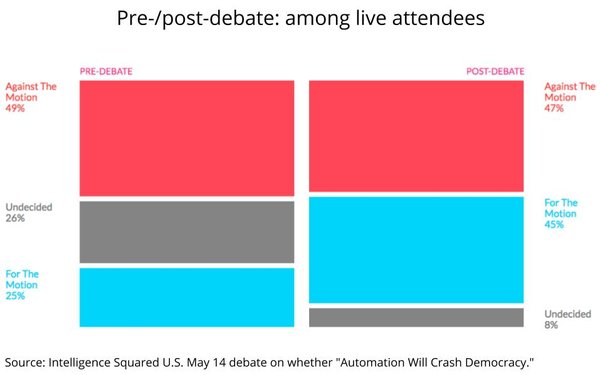 From the Arab Spring to Russia’s hacking of America’s Fall 2016 elections, technology -- especially automation -- has been a disruptive political force. But what role is it playing in the disruption of the workforce that may or may not undermine democracy? That was the motion postulated by Intelligence Square U.S. during a debate this week. Based on the outcome of Monday’s discussion, the the jury was still out among the live audience participants in New York City, but a decisive majority of online observers believe that will indeed be the case.

Interestingly, both audiences move much more in favor of that motion pre- and post-debate.

Only 25% of the live audience was for the motion pre-debate, while 45% were for it after the debate. Most of the gains came from “undecideds.”

Among the online audience, the percentage voting for the motion jumped from 46% pre-debate to 62% after it. 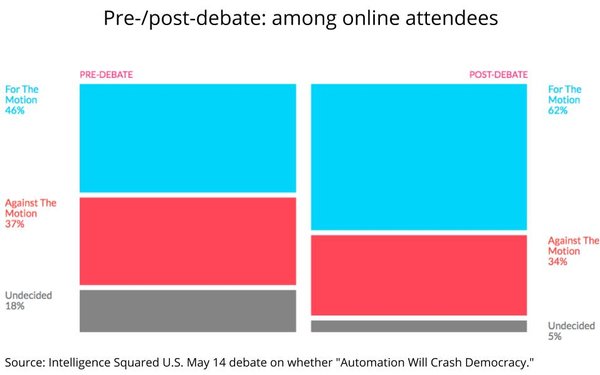