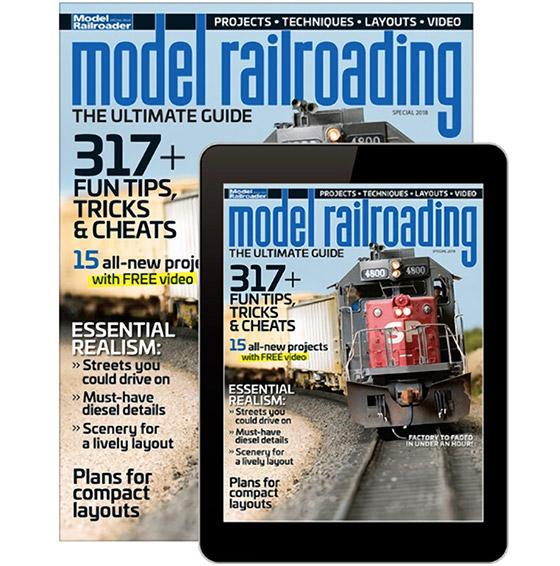 Kalmbach is rebranding to Kalmbach Media and launching a print special-issue magazine as an extension of its digital video channel, MRVideoPlus.com. The 84-year-old enthusiast publisher added “media” to its name last month to “reflect what we are doing,” Dan Hickey, CEO of Kalmbach Media, who joined at the end of last year, told Publishers Daily.

Called a video-to-print product, the 82-page issue will be available on newsstands through June with a cover price of $8.99. The initial print run for the issue will be 65,000 copies.

While the issue does have ads, it also serves as “a marketing vehicle for the paid video product,” Hickey said, referring to MR Video Plus, which costs about $45 for an annual subscription.

(He noted more than 12% of Kalmbach Media's Model Railroader magazine subscribers are paying an additional $30 to $40 to access the brand's digital product; the publication has about 100,000 total subscribers. That means Kalmbach Media can get $70 a year from some 13,000 subscribers.)

Model Railroader Video Plus was created in 2013 as the first all-digital video subscription from Kalmbach Media. It currently has more than 12,000 paid subscribers, with over 1,200 videos.

The Model Railroader team took stills from the how-tos and step-by-step instructions from Video Plus videos to create the print magazine, as well as created exclusive content for readers. “People like the personalities in the videos who are building these sets,” Hickey said. Readers of the special issue will find those same people in the magazine.

Model Railroading: The Ultimate Guide will be available as a digital edition at the Kalmbach Hobby Store, too.

On the media front, Hickey said the company is considering acquisitions — and not just with plans to buy magazines. “We are looking at paid subscription products on the digital side, where events are on the enthusiast side,” he said.

Ecommerce, for example, is the fastest-growing business at Kalmbach Media. The company also owns events like its craft beer festival, and content box subscriptions, such as the monthly Facet Jewelry Box.

Hickey said the business is “a consumer revenue company.” Close to 85% of Kalmbach Media’s revenue comes from its consumers. The company has nearly 900,000 subscribers to its magazines and a digital reach of 35 million consumers on its 18 sites each month.