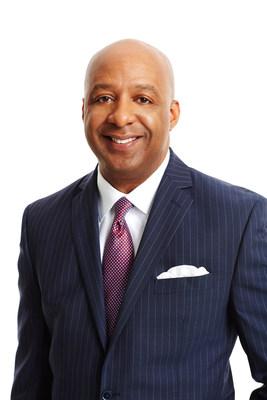 Lowe’s, which has been on the prowl for a new CEO for months, is hiring J.C. Penney chief Marvin R. Ellison as its new leader. While the move represents a hiring coup for Lowe’s, it also casts a sizable cloud over Penney’s, which just released discouraging results that have many observers worried about its future.

Ellison, whose Twitter handle is “Committed to my Faith, Family and Company,” is jumping ship to replace Robert A. Niblock, who announced his intention to retire earlier this year after 13 years as CEO. (Back in March, that news sparked the ignominious result of a surging stock price, as investors cheered Lowe’s willingness to find new leadership.)

Ellison brings considerable expertise to the Mooresville, N.C.-based Lowe’s. Besides his recent turnaround efforts at Penney, which included stepping up offerings in the home and appliance department, he spent 12 years at the Home Depot in senior positions, including running U.S. stores and focusing on its Pro initiatives. In its announcement, Lowe’s calls Ellison “an experienced retail CEO with extensive expertise in a complex omnichannel consumer-facing company.”

Industry experts see it as a smart move for Lowe’s. “We believe Mr. Ellison is a strong choice to lead the change,” writes Seth Basham, an analyst who follows Lowe’s for Wedbush Securities. But he points out that the DIY chain, expected to post its financial results tomorrow, has “much work to do” to strengthen sales and profits, citing a “weak start to the year and slow progress on current initiatives.”

It’s also a significant gut punch for JCPenney, which has had its turnaround hopes pinned to Ellison’s plan. His departure “could not have come at a worse time for the beleaguered department store chain,” writes Neil Saunders, managing director of GlobalData Retail, in his commentary. “The turnaround program that Ellison put in place has partly delivered but is still far from complete. There is now a question mark over how this plan will proceed … and will also raise speculation that he is not particularly optimistic about the prospects of JCPenney.”

JC Penney, based in Plano, Tex., says it has created an office of the CEO, led by four executives, who will handle day-to-day operations until it names a new CEO.