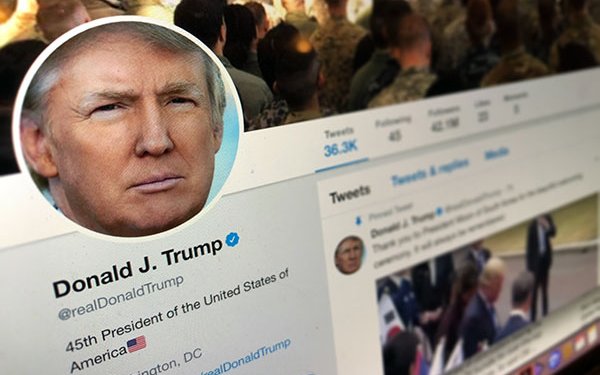 "This case requires us to consider whether a public official may, consistent with the First Amendment, 'block' a person from his Twitter account in response to the political views that person has expressed, and whether the analysis differs because that public official is the President of the United States," U.S. District Court Judge Naomi Reice Buchwald said in a sweeping ruling on people's free speech rights in the digital age. "The answer to both questions is no."

But she stopped short of ordering Trump and his social media director, Dan Scavino, to unblock people. Instead, she said in her ruling that she expected Trump and Scavino to follow the law. "Because no government official is above the law and because all government officials are presumed to follow the law once the judiciary has said what the law is, we must assume that the President and Scavino will remedy the blocking we have held to be unconstitutional," she wrote.

A Department of Justice spokesperson said: "We respectfully disagree with the court’s decision and are considering our next steps."

The ruling came in a lawsuit filed last July by the Knight Institute and seven critics of the president who were blocked by him. They argued that the @realDonaldTrump account is a "public forum" -- meaning that it is comparable to city streets, parks and other locales where the government can't prevent people from speaking based on their views. The users asked Buchwald to declare the blocks unconstitutional, and to order Trump and other officials to remove the blocks.

The Department of Justice urged Buchwald to reject the claims, arguing that Trump has a First Amendment right to decide who to interact with on Twitter. The DOJ also argued that the blocked Twitter users weren't injured, because they could continue to read Trump's tweets and interact with other users.

Buchwald also rejected the DOJ's argument that Trump has a First Amendment right to "block" individuals he doesn't wish to engage with, noting that blocking people limits their rights to interact with other Twitter users.

"The blocking of the individual plaintiffs as a result of the political views they have expressed is impermissible under the First Amendment," she wrote. "While we must recognize, and are sensitive to, the President’s personal First Amendment rights, he cannot exercise those rights in a way that infringes the corresponding First Amendment rights of those who have criticized him."

Instead, she repeated a suggestion she made at a hearing in March -- that Trump avoid interacting with critics by "muting" them. "Muting ... vindicates the President’s right to ignore certain speakers and to selectively amplify the voices of certain others but -- unlike blocking -- does so without restricting the right of the ignored to speak," Buchwald wrote.