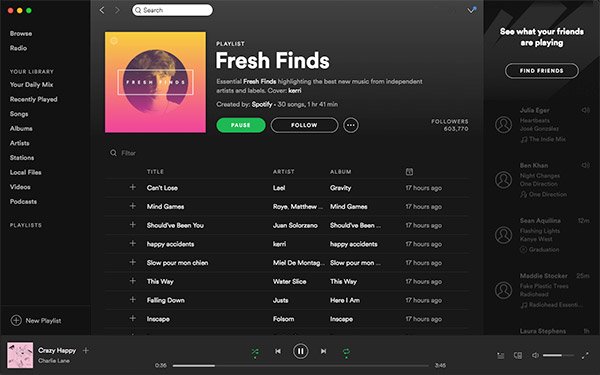 Spotify is walking back its policy on “hateful conduct” by artists, just a few weeks after first announcing it.

In early May, Spotify unveiled a policy that banned artists that engaged in “hateful conduct” and songs containing “hate content” from its curated playlists. A number of well-known artists, including rappers XXXTentacion and R. Kelly, saw their songs removed as a result.

Now, in a blog post, the company says that “while we believe our intentions were good, the language was too vague, we created confusion and concern, and didn't spend enough time getting input from our own team and key partners before sharing new guidelines.”

The post continues: “We created concern that an allegation might affect artists’ chances of landing on a Spotify playlist and negatively impact their future. Some artists even worried that mistakes made in their youth would be used against them.”

The company added that it doesn't "aim to play judge and jury.”

That being said, the company is maintaining training its policy against hate content, which it emphasized is about hate speech meant to incite hatred or violence against others, and not about “offensive, explicit, or vulgar content.”