Gian Fulgoni, chairman emeritus & co-founder of comScore, has been announced as the winner of the Erwin Ephron Demystification Award by a blue ribbon panel of Judges at ARF.  He joins an elite group of past winners that reflect the brilliance, qualities and legacy of Erwin Ephron who passed in October 2013 - Bill Harvey, David Poltrack, Irwin Gotlieb and Dr. Jim Spaeth.

Among Erwin’s qualities that the Judging Committee assesses are:

Fulgoni ticks all the boxes.  Artie Bulgrin, executive vice president-strategy and insights at MediaScience, commented, “Since the beginning of his career in 1970 in the U.S., Gian Fulgoni has made a tremendous contribution to measurement of consumer behavior and the effectiveness of advertising across platforms.  It goes without saying that through his leadership of IRI and later comScore, Gian moved consumer and media research forward by embracing analytics and/or technology that address the complexities of modern markets.”

Fulgoni was born in Crickhowell (Glamorgan) and raised in Pontypool (Monmouthshire).  So while both his parents were Italian immigrants he is actually Welsh albeit fluent in Italian.

He was educated in the U.K. and holds degrees in physics and marketing.  His multi-dimensional career is focused on advertising effectiveness and media research and ultimately the digital world.  His array of industry papers and presentations have often become cornerstones to best industry practices. Through his long leadership across our industry, his writings and presentations he touched so many and has left many industry legacies

Fulgoni will be presented with this prestigious Award at the ARF’s AudienceXScience Conference at the Hyatt Regency in Jersey City which runs June 12 and 13.  He is also leading an Oxford style debate at the conference versus Dave Morgan, CEO Simulmedia, “Has Marketing Taken Targeting Too Far?  Not to be missed! 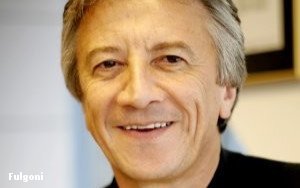