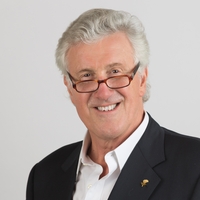 As proprietor and Research Architect for the Olympic Media Consultancy we serve global clients in 3 key areas: Provide expert leadership, analysis, planning and strategic thinking to optimize the value and usage of available media/marketing and data/systems information. Generate increased marketing ROI (revenue, profitability and brand equity) by providing relevant insights through designing, executing and interpreting superior advertising research. Evaluate and improve advertising and media effectiveness for agencies and their clients by understanding, developing and managing meticulous consumer research and applying "leading edge" models and concepts. Tony was Chairman of CARF, Canada and is a former Board member of The ARF and MRC . An Olympian he was formerly the British Olympic Swim Team Captain. He writes Op Eds exclusively for Media Post and also offers regular pithy comments on Media Post articles. He refuses to use "Fakebook"!