Influencers Have A Wider Role With Clorox Brands 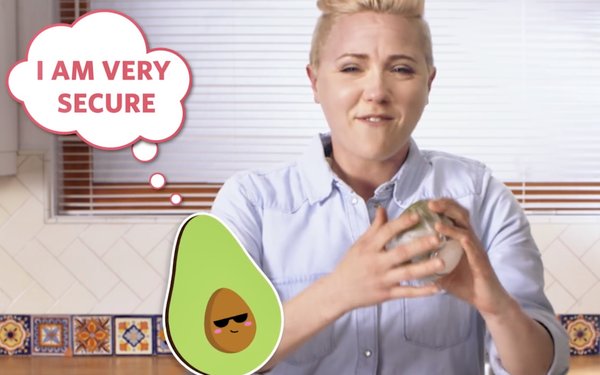 Influencers are all over social media and, while the general impression is that they’re doing their work for hip, mostly youth-centered brands, mainstream products are now getting into the game.

On Thursday, Clorox’s Glad Products introduced a five-minute YouTube video with foodie (and drinkie) Hannah Hart, whose eight-year career as a vlogger star qualifies her to be able to use the adjectival phrase  “longtime host”  before her name. Her channels claim 2.5 million subscribers and her videos have logged 300 million views, Hart’s self-explanatory “My Drunk Kitchen” on YouTube helped give her superstar status among YouTubers. At 31 years old, she’s at the center of millenniumdom.

The new video, created by San Francisco-based Portal A, is perfectly silly. She makes burritos while suspended upside down, using Glad’s Press’n Seal to keep the ingredients — beans, onions, guacamole, tomatoes and the rest from falling out of the bowls. (Magnets hold the bowls attached to the upside down table.)

Major consumer brands may be a little late to the party but everybody is getting into the influencer business — nearly 80% of fashion, luxury, and cosmetic professionals in Europe and the United States were involved with influencer campaigns in 2017, according to a recent report from Launchmetrics.

The video — Hart makes her Glad Bag connection clear — is proof of Clorox’s evolving interest in using influencers to sell its stuff. “As The Clorox Company sees return and learns more about influencer marketing, the organization is shifting its vision and putting more resources into taking advantage of this growing practice with its brands,” a company spokesman says. “Brands across the company are using influencer marketing in strategic, creative ways to increase awareness or provide product education — and it is helping move the business.”

Indeed, Clorox’s Pine-Sol brand used YouTuber/actress/dancer/Justin Bieber pal Ianna Sarkis to show how that household cleaner can do the job as she danced around the house.

The Clorox brands and influencers feel comfortable explaining bluntly who’s paying for the video, and why not?  Ever since influencers started showing up on YouTube, viewers began to get the idea that pushing brands was how these vloggers made a living, whether they mentioned it or not. For the most part, viewers didn’t seem to care though now, brands and vloggers are expected to be much clearer about it.

Among cleaning products, Clorox isn’t hanging out there all by itself trying to convey a hipper image. Mr. Clean was transformed into kind of a squeaky clean sex symbol via videos by Procter & Gamble last year. Just last month, the makers of Lysol took the young-skewing marketing angle to the streets when it served food from a Lysol-branded food truck in New York’s Union Square attempting to show how homemakers can use a Lysol cleaner safely around the kitchen. Some ideas are better than others. There’s no YouTube video about that one.