To Spin Off Or Not To Spin Off: That Is The 'Roseanne' Question 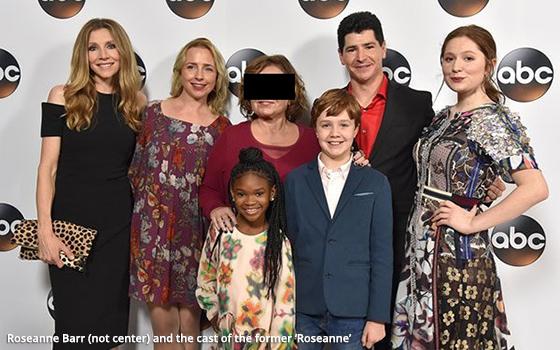 Stories in the trade press insist that ABC is working hard to hammer out a plan for reviving “Roseanne” without Roseanne.

The idea begs a number of questions, including: What are you going to call it? “Not Roseanne”? “Where’s Roseanne”? “Un-Roseanne”? “Roseanne Died”?

In all seriousness, Roseanne will not likely be part of the title. The guess here is that the title of the new show would encompass her family. Maybe it will be called “The Conners.”

The stories -- such as this one on the Hollywood Reporter Web site -- detail the behind-the-scenes machinations that this kind of salvage effort apparently requires.

Among other things, complicated contracts have to be combed and amended, various union rules (such as the Writers Guild etc.) regarding the assessment of credits and financial compensation have to be accounted for (most notably for Roseanne herself, since she's a part owner of aspects of this show, whether she's in it or not), and new deals for cast members, production staff and other crew members have to be negotiated.

Then there is the whole creative question: How do you make a sitcom about a family without the charismatic figure -- and mother -- who was always at the show's center?

She was one of the architects of the “Roseanne” revival and by virtue of her relative stardom (she is seen almost every weekday on “The Talk” on CBS), she emerges as the best choice as the series’ central character, as long as she continues to be surrounded by the show’s supporting cast (who reportedly are all on board for this “Roseanne” spinoff minus Roseanne).

Creating a prime-time comedy based on Roseanne's life's work and point of view -- but without her -- will present a challenge. And one of the challenges will be: Getting audiences to accept it.

The new “Roseanne” catapulted to the top of the prime-time ratings at least in part because of the title character's point of view on current politics, social issues, working people, Donald Trump and the like. The views expressed by Roseanne Conner were often Roseanne Barr's own opinions too.

Leaning right rather than left, “Roseanne” drew audiences and commentary because the show addressed a worldview that was apparently shared by millions who evidently felt underserved by virtually every other scripted comedy on TV. So they flocked to “Roseanne” and it became the season's biggest hit and the year's biggest TV story.

With Roseanne and her point of view now gone (that's “not her” in the photo above “not” posing with now-former fellow cast members), how will the show re-create the atmosphere that made it so successful in the first place? Who will be the foil for the left-leaning views expressed by characters such as Roseanne’s sister Jackie (Laurie Metcalf)?

It almost certainly won't be Darlene. And if it's not her, then who? Husband Dan (John Goodman)? That doesn't seem likely either, even if he holds some of the same views as his wife.

The fact is, it is unlikely that ABC will try to make a show in which the central character is as right-leaning as the Roseanne character was. It is reasonable to conclude that the spectacular implosion of “Roseanne” has probably chilled the atmosphere at ABC for putting on the same kind of show.

If that is the case, then the reasons for keeping it alive add up to a numbers calculation. The trade press stories suggest it's all about fulfilling an order for next season's episodes that would include obligations already agreed to for paying everyone.

Under this scenario, ABC might believe right off the bat that this new “Without Roseanne” will likely last only as long as the network’s obligation to produce it.

And in the meantime, the network can look as if it is swooping in and saving a lot of peoples’ jobs that were seemingly lost after the Roseanne tweetstorm that killed the show.

It all seems like an effort at trying to fit the proverbial circle into a square hole. No matter what you call it or how you try and write it, a new “Roseanne” doesn't really have a ghost of a chance of working.

Evidently, ABC is in mourning because all of a sudden, the show they were counting on to anchor its prime-time lineup and form the foundation for its ad sales for next fall has dried up and evaporated.

Our advice: Accept that the show is dead and resist the temptation to perform CPR on it.

tv
3 comments about "To Spin Off Or Not To Spin Off: That Is The 'Roseanne' Question".
Check to receive email when comments are posted.
Read more comments >
Next story loading