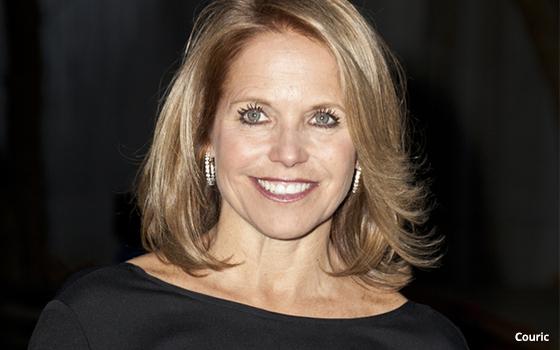 Katie Couric, a longtime TV anchor who most recently worked at Yahoo, has been building her production company Katie Couric Media. Part of the company’s expansion includes a new sponsored video series called “Getting There” for women’s media brand The Skimm.

According to The Wall Street Journal, the series, sponsored by Proctor & Gamble Co., will feature profiles with women like Eva Chen, head of fashion partnerships at Instagram, Ina Garten, host of the Barefoot Contessa and Issa Rae, creator of HBO’s Insecure, interviewed by Couric.

Proctor & Gamble will run pre-roll ads ahead of the profiles.

The series emerged from Couric’s work with the campaign #SeeHer, an initiative focused on reducing bias against women and girls in advertising and media.

Proctor & Gamble was a strong voice in supporting work to overcome gender bias and connected with Couric to sponsor the series.

Couric says she will have complete editorial independence. “[Proctor & Gamble]’s values and my values about educating, informing and enlightening people, getting them to open their eyes and understand, are very much aligned,” she told the WSJ.

“Getting There,” which is the inaugural project for Katie Couric Media following its expansion, is also a new content model for theSkimm, which recently introduced its Skimm Studios division. TheSkimm plans to promote the series across Instagram and Facebook, which count 2 million followers for the brand.

The new series comes as theSkimm expands offerings beyond its newsletter, which boasts an audience of 7 million largely female and millennial members, including new membership products like a 1:1 bot-less texting service.