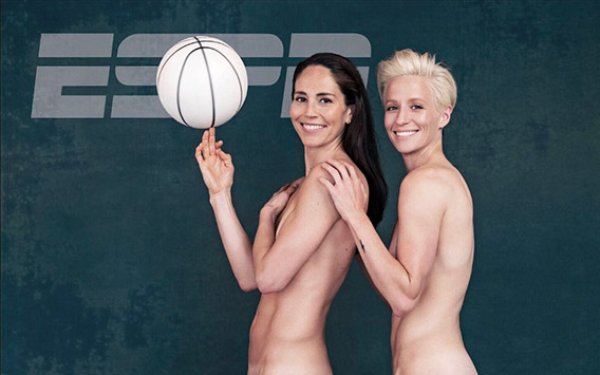 ESPN the Magazine’s Body Issue has become one of the most hotly anticipated annual issues since it first debuted in October 2009. The first issue featured Serena Williams, among other athletes, on its six alternate covers.

The magazine had seen advertising revenue decline as a result of the 2007-2010 financial crisis and the late 2000s recession. The editors devised a concept that was sure to move magazines: The Body Issue.

The 2009 issue saw double the normal edition sales and 35% more ad sales than comparable issues at the time. The issues have rolled out ever since.

The format is simple and gorgeous: Top athletes from around the sports world pose naked, often performing some sort of athletic feat or playful moment.

This marks the first time a LGBTQ couple has appeared on the cover, signaling a shift in diversity for the issue.

In all, 15 athletes appear.

What makes the issue so captivating and even poignant is its ability to show the human body as a tool. The naked bodies of these athletes reveal what powers the statistics, thrilling game moments and inevitable celebrity.

Each body is specifically built to excel at its game; photo details are presented like da Vinci's Vitruvian Man come to life.

The thrill of taking a peek at the flesh is real, effective and has created a legacy product for a magazine that struggled to find its financial footing nearly a decade ago without delving into exploitation.

The issue hits newsstands this Friday, but the gallery of images is available on ESPN’s website now.