Dove Makes A 'No Filter' Promise, Adds Mark To Ads 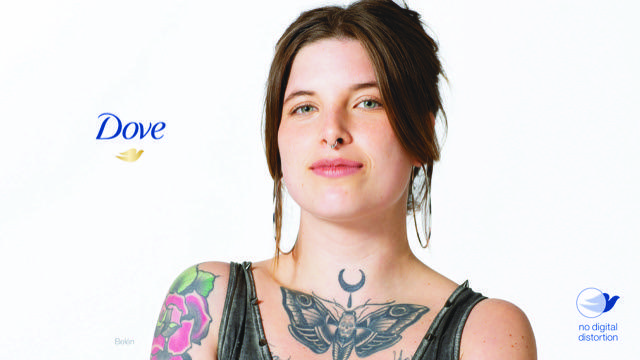 The war on Photoshop keeps building: Unilever’s Dove just announced that it is stamping all its ads with a “No Digital Distortion Mark” to convince skeptical consumers that its “real beauty” campaign genuinely features real beauty.

The effort stems from its research that 77% of women and 70% of girls believe all images they see have been digitally altered or airbrushed.

“So this mark was the next step,” she tells Marketing Daily. “We want it to identify reality, and serve as a guide through social media and what they’re seeing today.”

Dove’s 14-year old campaign has long sought to combat the pressure women feel to look like models. But she says battling the skepticism wrought by social-media filters is trickier. Women have lost faith in what they are viewing, especially the generation of that has  grown up in a world of social media. “The retouching of images continues to be prevalent. Filters on Instagram are an issue. We want to help them through a landscape that is changing rapidly,” she says.

“We really do want to be sure that we’re helping to make sure that beauty is a source of confidence, and not anxiety,” she says.

It plans to have the mark incorporated in all its static imagery by early next year.

Dove’s move follows CVS’ launch of its “Beauty In Real Life” campaign earlier this year, which involves a pledge to use a “Beauty Unaltered” watermark in photos to guarantee images have not been enhanced. It also pledged to eliminate all doctored images by 2020.

The move is the latest push for authenticity from Unilever, which shook up the ad world recently with its announcement that it would no longer work with influencers who pay for followers. It’s also extended its Unstereotype initiative, a quest to eradicate stereotyping, to content creators and distributors.