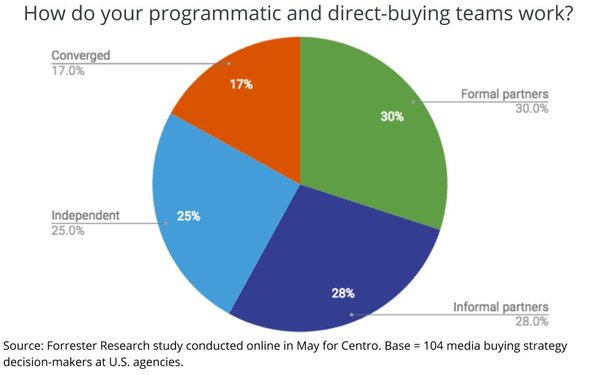 Only 25% of 104 executives responding to the survey characterized their current programmatic media-buying as still operating “independently,” while 17% say it is now completed “converged.”

Most media-buying organizations fall somewhere in-between, working either as formal (30%) or informal (28%) partnerships.

To facilitate convergence, most respondents (81%) cited technological or (80%) personnel changes, vs. establishing new processes (72%) or changing their business culture (62%).

1 comment about "Agencies Say Programmatic Has Been Re-Integrated With Conventional Media-Buying Groups".
Check to receive email when comments are posted.
Next story loading