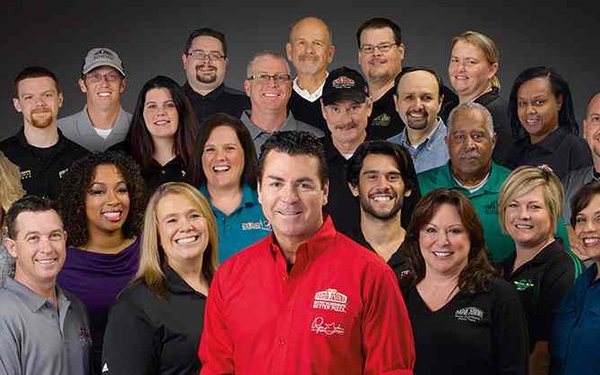 In the aftermath of the scandal surrounding John Schnatter, founder of the Papa John’s Pizza chain, the University of Louisville has announced it is taking the Papa John’s name off Cardinal Stadium.

The move comes two days after news broke that he had used the n-word, reports the Louisville Courier-Journal. It said Schnatter had resigned from the school’s board of trustees hours after the scandal began.

In a separate report, the Associated Press said the company plans to pull Schnatter’s image from its marketing materials, although his image, above, remained on the company website as of Friday afternoon.