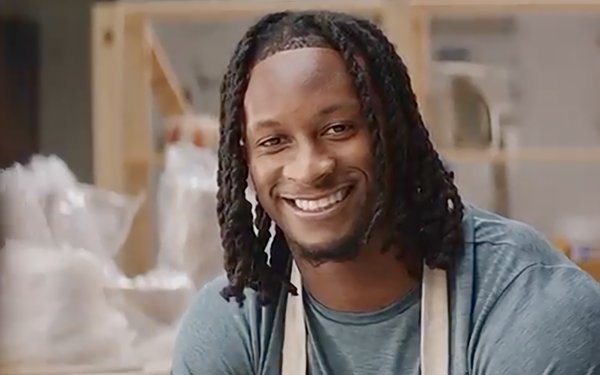 The "Be There" creative introduces these celebrities in video spots using random circumstances, like Future serving as a sommelier and Gurley attending a pottery-making event, before helping people purchase tickets using the platform.

Interestingly, the spots don't identify these celebrities by name and many viewers are probably unlikely to know exactly who they are. Although Future, for instance, references his sold-out show and Gurley talks about the touchdown he plans to score, the agency says it "made sure the audience doesn’t have to immediately recognize the talent in order to understand what was happening in the spot or to appreciate the humor," says a spokesperson.

"What’s important, ultimately, is that audiences take away the inspirational message to experience a live event and know that StubHub is the best at helping them do this."

In addition to these spots, the campaign includes radio, out-of-home, and digital appearing in select markets including Philadelphia, Houston and Atlanta.