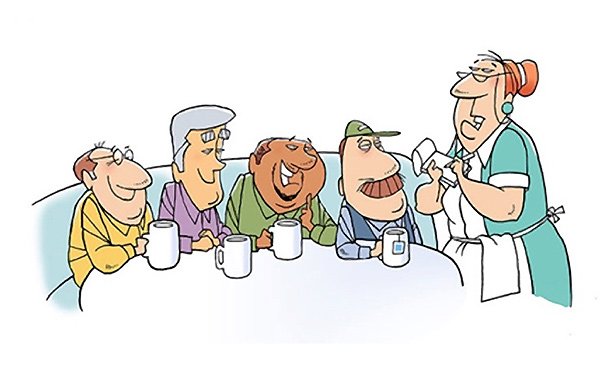 Landorf worked at Publicis North America for 18 years until 2016, serving as executive creative director.  He was a writer and creative director on commercials for Swiffer, Dr. Pepper, Jell-O and Herbal Essences among others.

Colquhoun served as creative director and art director for clients such as Little Caesars, Outback Steakhouse and American Express. He is known Landorf for years, both having worked at Kaplan Thaler, which was subsequently merged into Publicis New York.

The comic strip takes a wry look at some the realities — and indignities — of life after 60. Being boomers themselves, the pair believes there’s a lack of humorous content targeted to the demographic.

Have a look at some of the work here.