Moonves In The News: How CBS Is Telling Its Own Story 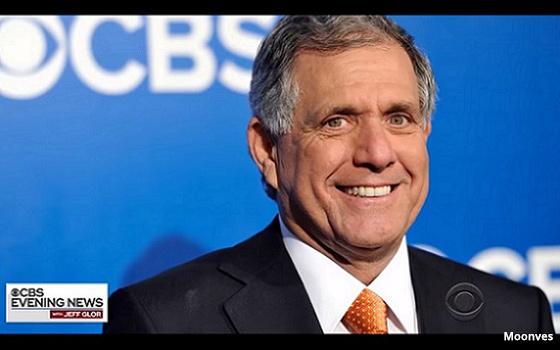 To its credit, CBS News has not shied away from reporting on its own top executives who stand accused of committing acts of sexual harassment and tolerating a culture of inappropriate sexual behavior -- most notably within the CBS News division.

Stories seen since the end of July on various CBS News programs -- “Evening News” and “CBS This Morning,” to cite two of them -- have not evaded the key issues or, more importantly, the details of the accusations leveled by women who told their stories to the New Yorker's Ronan Farrow.

The details, complete with direct quotes (though edited a little for space), have been splashed across TV screens in several stories produced by the very division that is under scrutiny.

In all the stories, CBS Chairman and CEO Leslie Moonves (pictured above in one of the stories that aired on “The CBS Evening News”) and former CBS News Chairman and current “60 Minutes” executive producer Jeff Fager were featured prominently.

In the New Yorker story, Moonves, 68, was accused of sex harassment (and possibly assault) by multiple women. Fager, 63, was also accused of inappropriate sexual misconduct and turning a blind eye to sex harassment complaints made by women who worked at CBS News when he was chairman of the division.

Both men stand to lose their jobs pending the outcome of an investigation being performed by two law firms.

Producing such frank, factual and complete stories about one's own company, and particularly the men at the top who sign or otherwise approve one's paychecks, can be a very nerve-wracking experience.

Should either Moonves or Fager survive these charges and remain at the company, those involved in producing the stories about them could be made to feel uncomfortable going forward.

Or maybe not. Perhaps the news culture at CBS is so ingrained that everyone from the top down understands that doing these stories about the company's own top executives could not be avoided. Maybe the producers and reporters who put these stories together will get a pass.

It is not always easy to determine what the parent company will tolerate in this regard. If memory serves, concerns used to dog NBC about how it would report on its corporate parent, General Electric, when GE owned the network.

The same goes for ABC and its coverage of Disney. Wasn't there an instance or two in which mishaps on Disney theme park rides did not get reported, or reported fully, by ABC News some years ago?

If so, the situation might be different today. Getting away with not reporting on a corporate parent would seem to be more difficult today. Criticism, particularly in the social media sphere, would simply be too harsh.

I once worked at a newspaper that was owned by the same company that owned Fox Television -- including the broadcast network, studio, local stations etc.

Since the newspaper was based in New York, no editor ever looked askance when I happened to pan a new show that was due to premiere on the Fox TV network, which is based mostly in California. The paper's editors were simply not personally acquainted with those folks.

But where the coverage of local TV was concerned -- particularly the stations owned here in New York by the parent company -- this was much more risky.

In fact, after one incident in which I wrote something that did not sit well with the then-general manager of Ch. 5 in New York, I backed off from ever covering the local TV scene ever again. Basically, she requested that the paper's editor fire me. To his credit, he did not.