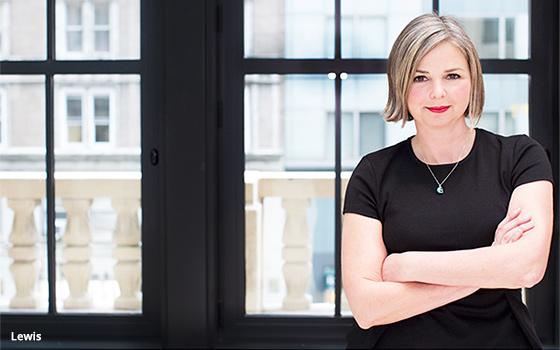 Kate Lewis has been promoted to Chief Content Officer of Hearst Magazines, succeeding Joanna Coles just two days after Coles announced she is stepping down.

Lewis’ appointment is effective immediately, according to the publisher. She was previously senior vice president-editorial director of Hearst Magazines Digital Media. She has worked at the Hearst division since 2014.

Coles announced she was leaving the company in an Instagram post Monday, where she said “it is time for a new adventure. I’m going to take some time off,” promising “some news in the fall.”

Coles was Hearst's first Chief Content Officer serving in the role since 2016. She was previously editor-in-chief of Cosmopolitan and Marie Claire.

Just over a week ago, Troy Young was promoted to president of Hearst Magazines, succeeding David Carey. The New York Post reported Young and Coles butted heads at Hearst.

Lewis will direct content strategy for all Hearst Magazines' print and digital brands and oversee all editors-in-chief and digital directors in the US, as well as liaise with Hearst’s international network.

In the U.S. Hearst says it publishes 25 brands in print with a readership of 89 million and 25 digital brands with an audience of 108 million. Globally, it has 300 print editions and 240 digital brands.

Before joining Hearst, Lewis was senior vice president-editorial director at Say Media. She also held senior executive roles at Condé Nast; she spent 10 years as managing editor of Self.

Lewis “has played an integral role in growing our digital organization into the fast-moving, profitable business it is today,” stated Young. Under her leadership, monthly unique visitors across the Hearst Magazines Digital Media portfolio more than tripled, per the company.

He added her “responsibilities will be broader, but her core mission is the same: making content and products that engage and entertain readers, with a focus on excellence in storytelling and service.”