Hint Water Founder Puts Money Where Her Follicles Are 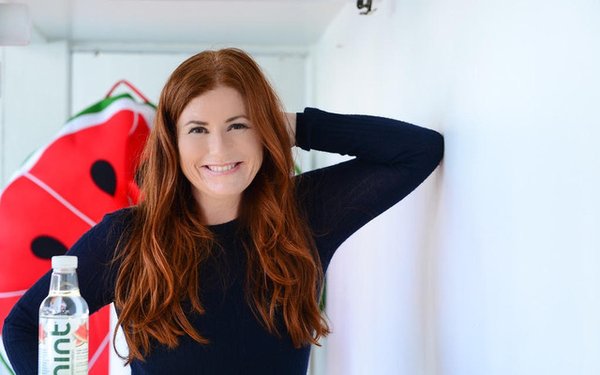 Kara Goldin, founder of the naturally flavored water Hint, probably wouldn’t like to be identified first and foremost as a “natural redhead.”

But that detail is relevant now because she has lent financial support to an off-Broadway production of “R.R.R.E.D: A Secret Musical,”  about the threatened extinction of the gene that produces red hair.

With an entrepreneur’s knack for publicity, she’s using her (red)head. “While many people are investing in startups, supporting the arts is important because it can change the way people think about a topic — or, in this case, redheads,” she says in a statement.

The theory about red hair becoming extinct is that the rare recessive gene that causes it will fade away. Some form of that story has been around for centuries, but it gained new momentum in 2007 when there were many news accounts of a study by the Oxford Hair Foundation. But its veracity seemed a little shaky.  The study supposedly predicted the red hair genes will disappear completely by 2100 or even 2060. It has been debunked ever since.

But “R.R.R.E.D: A Secret Musical” treats the story as if it’s fact. In this telling, a  secret revolutionary organization of red-haired people is fighting to keep their hair color from disappearing.

The play has been around since 2009, when a version of it was performed at the New York Music Theatre Festival. Its music and lyrics are by Katie Thompson from a book by Adam Jackman, Thompson, and Patrick Livingston. Directed by Andy Sandberg and choreographed by Shea Sullivan the show officially opens Aug. 19 at the DR2 Theater.

Goldin knows some of the principals — Thompson and Jackman — and she applauds the play’s principles.  “It’s a play about separating people, not just redheads, but many others who, especially these days, have become targets because somehow they’re different,” she says in an interview with Marketing Daily. “That’s what attracted me.”

Goldin invested personally, and the company is involved too.  Hint water, of course, is one of those businesses that beginning, in 2004, carved a niche for itself in the market. And if there was an official water of “R.R.R.E.D.,” Hint would surely have the title. “Hint has some cameos” in a few scenes, Goldin says. It will also be served to theater-goers in the lobby.

She’s coy about exactly how much she’s invested in “R.R.R.E.D.” but it’s enough to have had an impact. She’s happy about that. “Theater can really tell stories that are much deeper than they first seem. You can see a play and be entertained, and later on, [as] you start thinking about the subject, you realize it’s made a deeper impression.”

She adds, “While ‘R.R.R.E.D’. gets its message across in a fun, enjoyable way,“you can see how you can drop other topics in here… and get people to recognize other challenges that we may be facing in the world.”