Journalist: I Was Naive About TV Sex Harassers 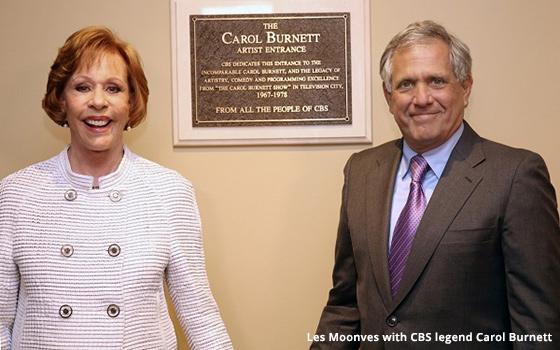 When it comes to the epidemic of men in the TV business who have been accused of sexual harassment, I sometimes feel like the neighbor who you see being interviewed on the 11 o’clock news when the guy next-door turns out to be a crime suspect.

“He always seemed like a nice guy to me,” this neighbor usually says in stories that are a staple of local TV news. “Very polite guy, always said hello when I would see him leaving for work in the morning.”

Recently, it dawned on me that I was at least vaguely acquainted with some of the TV industry luminaries who have been brought down in recent years by sex harassment scandals.

A note on the phrase “vaguely acquainted”: This is my go-to phrase for describing the relationships a journalist on the TV beat forms with those he writes about.

He never forms real friendships with the hundreds of people he meets and interviews over the years -- at least I never did. In the vast majority of instances, it was very rare for anyone I met in the TV business to either recognize me at all or much less remember my name the second time we met. This is not a complaint, just a fact of working a specific beat such as television.

This is why I feel like the neighbor on the news. Over the years, I met or became vaguely acquainted with Roger Ailes, Bill O’Reilly, Charlie Rose and Les Moonves.

Matt Lauer and I crossed paths at some sort of NBC press event some years ago, but that was the only time I ever met or spoke to him.

My impression of him from that occasion will make me sound like the local-news neighbor: He seemed very nice. In making idle chitchat, Lauer was soft-spoken and polite. I enjoyed meeting him.

I interviewed and met Charlie Rose on several occasions. My impression of him was that he was one of the most well-mannered people I ever met in the TV business. “Courtly” is a word I would have used to describe him.

Encounters with Bill O’Reilly and Roger Ailes came about because the newspaper where I once worked was housed in the same office building as the Fox News Channel. The network and the paper were owned by the same company.

If memory serves, I appeared on “The O’Reilly Factor” twice. And even before that, O’Reilly was someone whom a reporter on the TV beat would run into every once in a while.

I remember once looking up from my desk at the newspaper and being surprised to see O’Reilly roaming around our newsroom, where he stopped to speak with various reporters in a self-styled effort at drumming up publicity for a book he had written.

When I would see him in the lobby of our building, we would exchange pleasantries that were so benign that I would invariably describe him to outsiders as a nice fella (again, sounding like the local-news guy) -- and not at all like the attack-dog image he maintained on his TV show.

For a brief period of time, Ailes invited me on several occasions to visit with him in his office. I had appeared on a number of Fox News shows by then, particularly on “Fox & Friends,” and he apparently wanted something. What this was, I never found out.

He was entertaining company. We talked about the television business and about his career, including his work with various presidential campaigns and even “The Mike Douglas Show,” where he worked early in his career.

I liked him, never got anything from him, and occasionally wondered why I merited his attention. When he too was toppled from his position at Fox News, I was again as surprised as the neighbor on the news.

In the wake of the revelations this summer about Les Moonves, many people said flippantly: Well, what did you expect? He’s a big Hollywood hotshot. Of course he did these things. It would be more shocking if he hadn’t.

For reporters, Moonves (seen in the photo above with CBS legend Carol Burnett) always gave us what we needed -- namely, colorful quotes in which he frequently attacked CBS’s competitors directly.

About 30 years ago, when I was working for one of the TV trade papers, Moonves invited me to lunch in New York. I had the title of New York bureau chief at the time.

I had heard of Moonves before and knew he was the head of one of the big TV studios in L.A. -- Lorimar, I believe, or perhaps Warner Bros. Television. However, even after having lunch with him, I had no idea what he did.

In later years, I could never tell if he remembered me, even though we encountered each other every year for the better part of two decades at one or two annual CBS events.

Would I tell a local-TV news reporter he was a nice guy? Well, maybe not “nice.” But a serial sex-harasser? At the risk of seeming hopelessly naïve, I never saw that one coming.