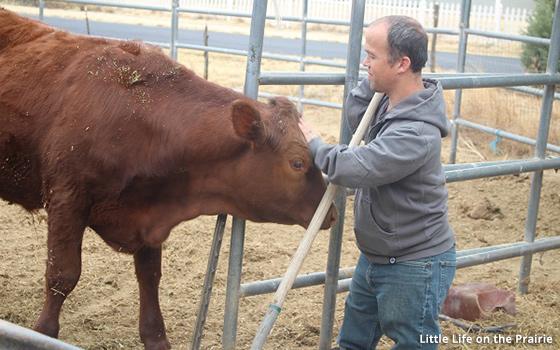 The nature of entertainment provides a more or less continuous source of fascination for an observer of television and its wide-ranging content.

This TV Blog, for example, often questions the entertainment value of a host of program types -- including violent shows, programs featuring dysfunctional or unhappy people in terrible situations, documentary-type shows featuring scenes of graphic bloody medical procedures, and others.

To go completely in the opposite direction from these, the TV Blog sometimes comes across TV shows that are so benign that the same question occurs: What is the entertainment value of watching a one-hour show depicting people, who seem to be very nice, living their lives?

One answer might be: It's better than watching surgery, or in the case of many of our TV dramas today, watching someone be murdered in some horrible way.

If you prefer this kind of TV show to the ones described earlier, then get ready to meet the nicest people in the world. They are the Webnars (I know -- it sounds like “Webinar,” right?).

They are a family of three -- dad Nate (pictured above), mom Lauren and daughter Juniper, 3. They live in a rural area called Chino Valley in Arizona, near the small city of Prescott.

This location is not technically a prairie (that I know of), but the name of their new reality show is “Little Life on the Prairie,” premiering Monday night on TLC.

The title is a play on the old “Little House on the Prairie” title because the Webnars are little people who have decided to pursue a farming lifestyle.

In the series premiere, we learn about the Webnars’ lives, their hopes for adopting this rural way of life and their goal of having more children. On this last subject, they talk candidly about the difficulties and tragedies they have experienced in their efforts to have children.

They also are quite open about their dwarfism. They were both born with achondroplasia dwarfism. They explain (much better than I can here) that their conditions create a complicated mixture of genetic uncertainties when it comes to having children. Sometimes they can, and at other times they cannot.

Their efforts to have more children are ongoing and form part of the storyline for the premiere episode. You will also see them becoming accustomed to country life.

Among other things, they purchase their first cow, which happens to be a specially bred miniature variety.

It is all very nice. Nate and Lauren are lovely, outgoing people. And Juniper might be the cutest youngster on TV at this moment.

The fact is, there is little or nothing to actually criticize here, which makes the job of TV critic that much easier.

Whether or not the new rural lifestyle of these nice people qualifies as entertainment for the rest of us remains a matter of personal taste. For the record, the TV Blog has only the best of wishes for these Webnars.

“Little Life on the Prairie” premieres Monday (August 20) at 10 p.m. Eastern on TLC.