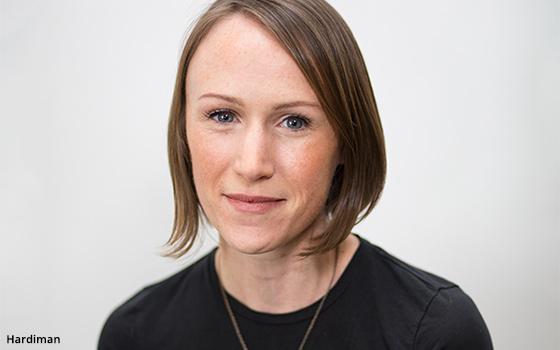 has snagged Alex Hardiman, current head of news products at Facebook, as its first Chief Business and Product Officer. She takes on the role in late October.

The teams that will report to Hardiman — product, engineering, data, audience development and consumer marketing — have doubled in number this past year. The Atlantic has undergone an ambitious expansion plan.

Hardiman will guide audience experience and product strategy across The Atlantic’s platforms. She will also lead the product, engineering, data and growth teams and shape the publication's initiatives on digital consumer revenue.

Hardiman will focus on the user experience on desktop and mobile, newsletters, podcasts, video, apps, virtual reality and smart speakers.

These functions were previously overseen by Kim Lau, senior vice president of digital. Over the last six years, Lau built The Atlantic’s digital capabilities across desktop, mobile, tablet, video and audio. This summer, Lau moved to a new role as executive vice president of strategy and operations.

Last fall, The Atlantic launched a premium membership, The Masthead, and is currently working on a strategy for paid readership of digital content, according to the company.

At Facebook, Hardiman led the Pages product team before she was tapped last year to lead the product and engineering teams for news, overseeing the expansion of Facebook’s subscriptions product for news organizations. She has also worked with news organizations as part of The Facebook Journalism Project.

Previously, Hardiman spent 10 years at The New York Times, most recently as the newspaper’s vice president of news products.

The Atlantic plans to grow its coverage of Hollywood and culture and wants to double its politics and national affairs teams. It recently established a bureau in San Francisco to cover tech.

Earlier this year, The Atlantic debuted a new Family section.