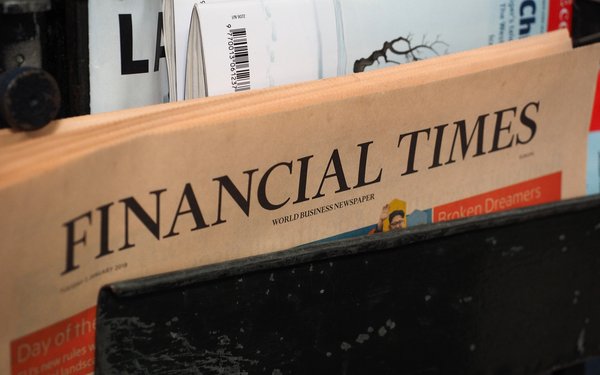 The Financial Times wants to have 1 million subscribers paying for its content next year.

The London-based paper revealed it has 930,000 paid subscribers today. Almost 80% of that number are digital subscribers, while the remaining 190,000 subscribers have a print-only deal, according to The Drum.

Last February, The Financial Times had about 850,000 subscribers, Around 60% of FT’s revenue came from subscriptions and 40% from advertising at that time.

The Financial Times has a metered paywall that was set up in 2007. In the past decade, FT has experimented with different types of paywalls, such as giving a number of articles free per month to allow new readers to access the site for a $1 monthly fee.

Fiona Spooner, the FT’s global marketing director B2C, told The Drum the key to a successful paywall strategy is to give people the content they want to consume to show them the value of a subscription.

For example, if users are reading about Brexit, FT would show them the Brexit coverage they could access if they subscribed.

The Financial Times is also pushing more aggressively into the U.S. The newspaper is offering a “first click free” strategy to readers in the States.

Separately, The Washington Examiner has hired Toby Harnden, bureau chief of London’s Sunday Times, to be its new managing editor. He replaces Philip Klein, who will take on a new role as executive editor. Previously, he was U.S. editor and Middle East correspondent of the Daily Telegraph.

Harnden will start at the website and weekly magazine October 1.