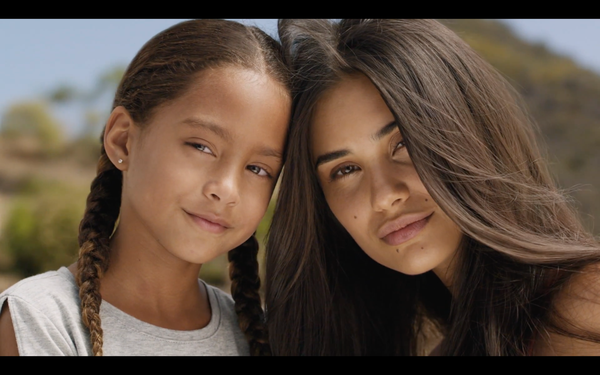 When it comes to polarizing issues of black and white, few places are as sensitive as the shampoo aisle. With a new campaign called “Blended Makes Us Better,” Garnier is attempting to bridge the divide, with an effort for its Whole Blends line that targets biracial families specifically.

Garnier says the national campaign, from Publicis, is running on TV, in print and in digital channels. The campaign highlights cultural, racial, geographic and even musical blending, and is based on its research that shows women don’t appreciate being boxed in by hair type. It finds that 75% of women say they live in households with multiple types of hair and more than half are looking for shampoo that can be used by the whole family.

The research, which included more than 1,000 women  -- about half of them multiracial -- finds that overall, 89% say it’s hard to categorize their hair, and that they fall into one or more types. (On average, women use 3.5 hair types to describe themselves.)

"We are very proud to … celebrate the diversity of hair across America,” says Anncy Rowe, Garnier’s senior vice president of marketing, in a statement.

Garnier is owned by L’Oreal, which also owns the Softsheen-Carson brands, a best-seller in the multiethnic hair care category, targeting African-American, Latino and multiethnic communities. (That includes the Dark and Lovely megabrand, as well as Au Naturale, Amla Legend Oil and Magic Shave.)

Mintel, the market research company, says the U.S. black haircare market was about $2.54 billion in 2017. While that represents a very slight dip from the prior year, Mintel says that’s because sales of relaxers are plunging as consumers pursue a more natural look. And sales of products focusing on the natural angle, including those with some of the same healthy ingredients Garnier is touting, are growing at double and triple digits.

The preference for more natural ingredients is true in the overall haircare market, as well: Mintel predicts shampoo sales will continue to grow at a good clip, reaching $49.46 billion by 2022. And 33% of U.S. haircare users want products made precisely for their hair, with 31% saying they think natural shampoos are safer.

While brands might hope that crossover products can sell more, they need to tread lightly. Last year, Shea Moisture, a popular ethnic brand owned by Sundial, got blasted when it launched a “hair hate” ad that made its core users see red. Instead of focusing on black women, the ad used three white and one very light-skinned woman, causing users to denounce it as “#AllLivesMatter marketing.” The company apologized fast and yanked the ad.