It’s been nearly six years since I edited the name of the psychopath who murdered 20 children and six teachers at the Sandy Hook Elementary School in Newtown, CT, out of a column I wrote about the media coverage of the tragedy.

Since then, I have explicitly not used the names of those responsible for massacres in Boston, Las Vegas and other places for the same reason: At least on some level, these maniacs are motivated by public attention, and the least we can do is take that away from them.

I don’t know if objectifying them as common nouns like “shooter,” “killer,” “bomber” or “madman” will make any difference, especially in an era when media is ubiquitous and there are so many other places the public can see their names.

But it’s my personal public stand.

Today, I’m doing the same for Donald J. Trump, who -- at least until he is no longer President -- shall only be referenced in anything I have my byline on as “the President.”

The reason is the same as the other mentally deranged subjects referenced above. I believe he is a pathological narcissist whose only goal in life is to be the center of media attention.

That may seem ironic, given the way he bashes the media, but that’s kind of the point: He does it mainly so he can get the media’s attention.

I know it’s unlikely the President will notice any more than any of the other maniacs I objectify going forward, but I do believe that media attention is what motivates and feeds him. So consider this my own small way of at least trying to deprive him of that. 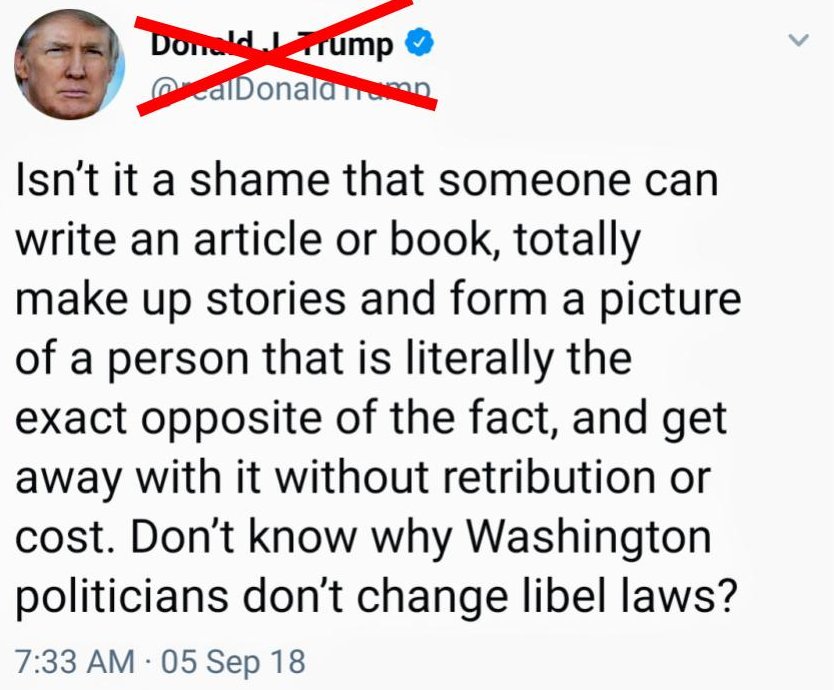