Beats By Dr Dre Will Be Official NBA Headphone 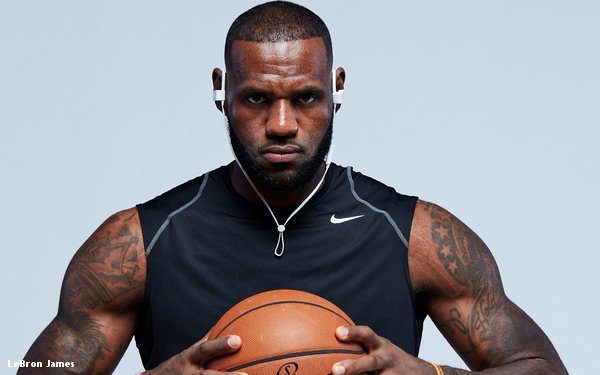 Beats by Dr. Dre is doing just that. The premium headphone brand co-founded by Dr. Dre and Jimmy Iovine announced today it will become the official headphone, wireless speaker and audio partner of the NBA. It will also have the same designation for the WNBA women’s league, G League and USA Basketball organization, beginning this season.

The NBA and Beats, acquired by Apple in 2014,  will also work with each team to create a line of audio products and branded products, likely with the team name and/or mascot.

Beats' roster of NBA endorsers already includes a team of superstars including LeBron James, Draymond Green, James Harden, Ben Simmons, Jayson Tatum and Karl-Anthony Towns. Connecting talent like that with official league status in this multiseason deal could be a significant, long leg up.

And expect Beats to have a noticeable presence at events like the NBA and WNBA All-Star games, international NBA games,  and the USA men’s and women’s team exhibition tours. Beats will also have a presence at the NBA draft that is now a major TV event in itself.

The brand also would be able to place actual game footage into its advertising and marketing, according to an NBA source, and depict stars wearing their official team uniforms, something the NBA hasn’t allowed previously

The NPD Group’s Matt Powell notes that it’s been a long time since celebrity athletes’ endorsement of athletic shoes did much to move that market.

But speakers is a different ballgame. James, the Cleveland Cavaliers star now headed to the Los Angeles Lakers, endorsed Beats about a decade ago, creating a big market in celebrity endorsements for stereo equipment. (Reportedly, he also got a slice of the company.)

“The NBA and its players have long been significant drivers of global culture.  Basketball, music, and style speak as one voice: Julius Erving became a style icon, Allen Iverson cemented hip hop’s place on and off the court and LeBron James is breaking new music every day...the list goes on and on,” said Luke Wood, the Beat president, in a statement. He called the partnership “the perfect alignment.”

Beats will replace Harman, which since 2014 had been the official headphone, speaker and audio equipment manufacturer of the league, which was an presumably an advantage to its JBL brand.

In 2017, the NBA became the first American major sports league sport to allow corporate insignia to be placed on uniforms,  Likewise, right now the NBA reportedly stops players from wearing headphones in their warm ups right before tip-off, but with this deal, that prohibition could fall, too.