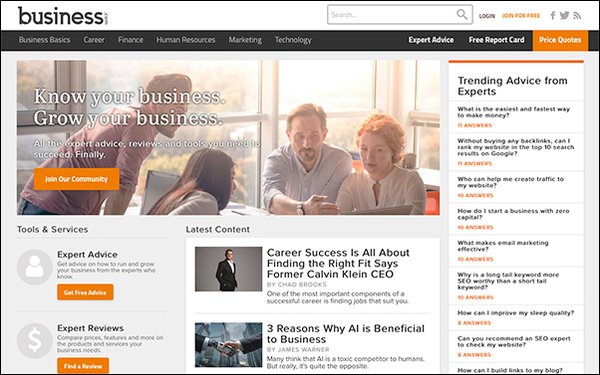 Future PLC has acquired the Purchbrand and its consumer division. Purch’s B2B business, which was not acquired by Future, will be renamed to Business.com.

The remaining B2B portfolio will continue to operate under a new umbrella as Business.com.

It takes the name from the interactive marketplace platform that provides small- and medium-size business owners with services to help grow their business.

Former Purch CEO Greg Mason will remain an advisor to the company’s board.

“We see Business.com as one of the most valuable business destinations on the Internet, the go-to resource for the almost 28 million SMBs in the United States, who arguably form the largest and most important part of the U.S. economy,” Llewellyn stated.
The Business.com umbrella now includes the site, which was acquired in 2016, as well as BuyerZone, acquired in 2014, which connects buyers with select sellers, and Business News Daily, founded in 2010, a news and information resource to help entrepreneurs build their businesses.
The sale of Purch’s business unit was to Future US, Inc., a subsidiary of the publicly traded UK-based media company, Future Publishing Ltd.