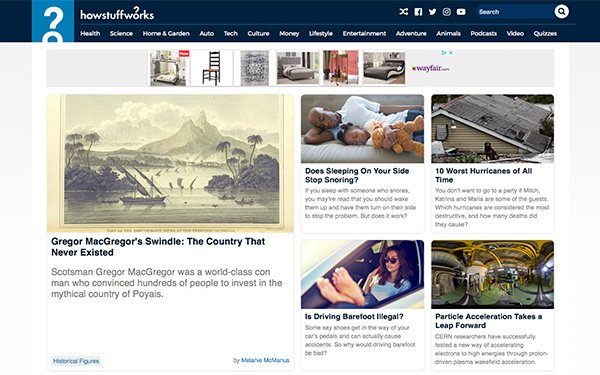 iHeartMedia, the digital music, podcast on demand and live streaming radio service, has announced plans to acquire Stuff Media, LLC, placing it in first place among commercial podcasters and No. 2 among all podcast publishers.

The terms of the transaction will be subject to bankruptcy court approval.

As part of the acquisition, iHeartMedia would become home to the HowStuffWorks podcast business, in addition to other podcast content.

iHeartMedia’s usage metrics will nearly double as a result.

HowStuffWorks was founded in 1998, first existing as a reference site, before expanding into the podcast space, eventually generating revenue and bringing its content to a mainstream audience. Stuff Media is now one of the country’s largest podcast publishers, recording 61 million global downloads and streams per month.

Stuff Media’s signature podcast "Stuff You Should Know," recorded over 500 million downloads this year and was the first podcast to pass half a billion. The company’s other podcasts, including “Stuff You Should Know,” “Stuff You Missed in History Class,” “TechStuff” and “BrainStuff,” have produced work for over a decade publishing more than 1,000 episodes.

Prior to the announced acquisition, Stuff Media/Tenderfoot TV and iHeartRadio partnered to distribute the former’s true crime podcast called “Atlanta Monster.” The podcast held the No. 1 spot on ranking charts for a month.

The company also partners with many major podcast publishers including NPR, ESPN and Gimlet, providing users with 20,000 podcasts and hosts more than 750 iHeartRadio original shows.

Bob Pittman, Chairman-CEO of iHeartMedia, Inc., stated: “This strategic acquisition will pair Stuff Media’s wildly popular content and strong creative capabilities with iHeartMedia’s extensive resources and massive scale ... introducing podcasts to the vast majority of the country and offering even more unique opportunities for advertisers to reach their consumers.”

Additionally, Chris Peterson has been promoted to executive vice president of the podcasting division at iHeartMedia and will oversee iHeartRadio’s original podcasts and manage affiliate relationships. He will report to Byrne.

Separately, Freakonomics Radio launched “The Hidden Side of Sports,” a multi-part series following their previous success with “Secret Life of a C.E.O.”

The new series will feature interviews with athletes, coaches, owners, league and union officials, in addition to economists.

Extended versions of the interviews will be available on Stitcher Premium.