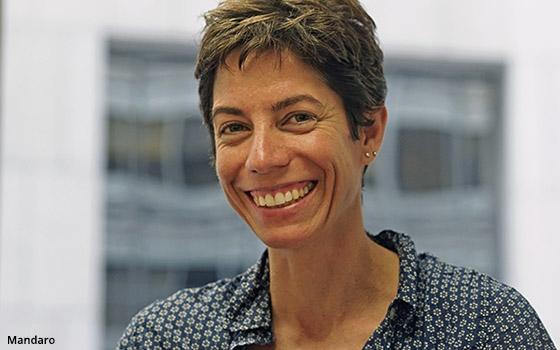 Laura Mandaro is joining Forbes as assistant managing editor for technology and innovation, based in San Francisco. Currently a tech and science news editor at USA Today, Mandaro will serve as bureau chief in San Francisco.

She will be responsible for hiring four additional writers to beef up Forbes’ coverage on tech and innovation. Mandaro will take on her new position October 29.

“Every conceivable industry is being disrupted today, and we’re relentlessly focused on telling the stories of the people who are doing the disrupting,”” stated Forbes Chief Content Officer Randall Lane. “Technology is the cornerstone of our coverage."

Before USA Today, Mandaro oversaw the markets and investing team of reporter and editors at MarketWatch.

Mandaro succeeds Miguel Helft, who left the position earlier this year. Mark Coatney, filling the role in the interim, will now spearhead this fall’s launch of Forbes’ new podcast slate.

Forbes has covered big names in tech and innovation over the past decade, such as Sean Parker, Daniel Ek, Evan Spiegel, Kevin Systrom, Whitney Wolfe Herd and Jan Koum, Lane said in his memo.

Forbes “tracked down Julian Assange” and “revealed that Peter Thiel was waging a secret war on Gawker," Lane added.

Most recently, Forbes published an interview with Amazon founder Jeff Bezos. This week, it published an article featuring WhatsApp cofounder Brian Acton on why he left Facebook.