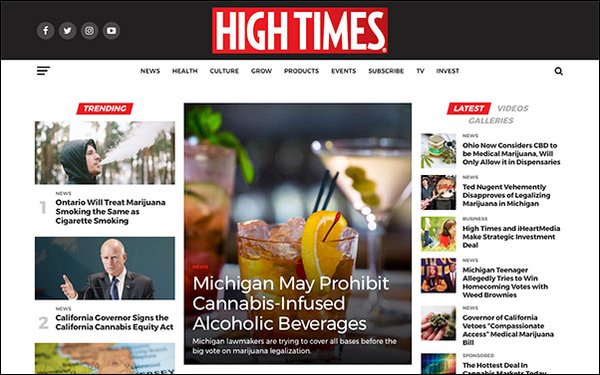 The deal is expected to be announced when High Times Holding Corp. files the investment with the Securities and Exchange Commission. It will give iHeartMedia a 5% stake in the company.

The investment comes following High Times’s acquisition of Dope Media late last month, giving it an even stronger foothold across the nation’s cannabis culture and market.

While cannabis has gone mainstream, now legal in nine states with 64% of the population in support of widespread legalization, developing a media foothold beyond niche publishing has been slow going.

By investing in High Times, iHeartMedia can gain footing without directly becoming an outlet itself. High Times will be able to reach consumers through the radio network, connecting with a scale of audience it would be unable to tap itself.

As High Times CEO Adam Levin stated to Market Watch: “This gives them the opportunity to play in the cannabis sector without directly doing it themselves.”

For its part, iHeartMedia recently moved to acquire Stuff Media, which would make it the biggest commercial podcast publisher in the country. The acquisition came after iHeartMedia filed for bankruptcy in March.

According to The New York Times, reporting at the time of the filing, iHeartMedia was burdened by $20 billion in debt following a buyout preceding the 2008 recession.

The company, though still in bankruptcy court, had reached an agreement to reduce its debt by more than $10 billion with creditors.

Investing in the booming cannabis media industry could prove to a particularly savvy move for iHeartMedia. Plus the new opportunities reaching publishers — allowing them to open up new revenue streams and tap new audiences in the process — is particularly interesting during tumultuous industry changes.