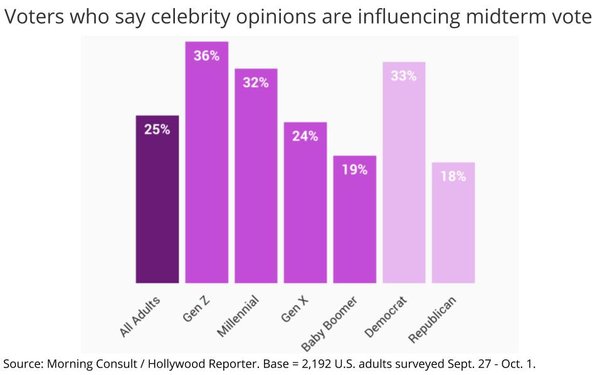 On the heels of Taylor Swift coming out in favor of Democratic candidates -- and boosting voter registration among her fans -- a new collaboration of Morning Consult and trade magazine The Hollywood Reporter released findings of a national sample of Americans to understand the role celebrity endorsement have (or shouldn’t have) in the political process.

Not surprisingly, the survey found a marked disparity along party lines. Democratic voters deem celebrity endorsement effective in this year’s midterms at about twice the rate of Republican voters.

The finding supports a perception that Hollywood is biased toward liberal/progressive/Democratic policies and candidates.

Asked whether it was appropriate for celebrities to weigh in on a wide variety of political issues, an overwhelming majority of all respondents said it was for encouraging fans to register to vote and for speaking out against sexual harassment.

The poll found far less unanimity among respondents when it came to polarizing issues like supporting or criticizing the President or his push to build a wall between the U.S. and Mexico. 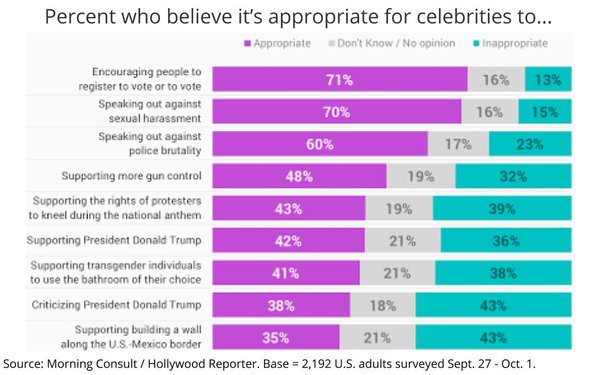