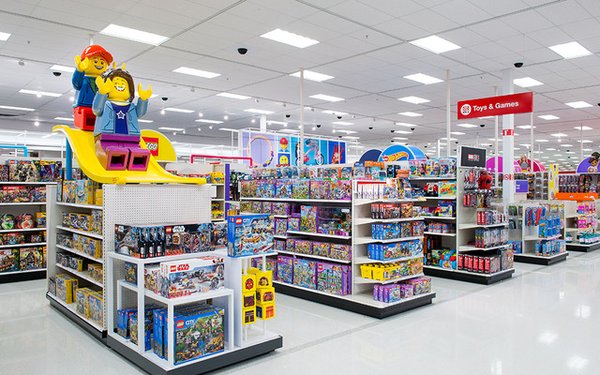 In the retail wars, though Walmart has been making inroads against Amazon, Target has just unleashed an unexpected e-commerce counterpunch. Working with delivery company Shipt, it says it is now offering same-day delivery in 46 states.

Previously, customers needed to spend at least $35 to get free shipping, while free shipping via Amazon Prime costs $119 a year.

Target also says it’s expanding its holiday toy offerings, doubling the assortment to feature more than 2,500 new and exclusive toys. That includes expanded space for toys in more than 500 stores, and a “completely reimagined experience” in about 100 of its recently remodeled stores.

Drive Up orders are ready within an hour and delivered to shoppers’ cars within two minutes of their arrival in the parking lot.

The Minneapolis retailer calls the expansions “the broadest range of fulfillment options in retail.”

“We want to make the busy holiday season easier for our guests,” says Target CEO Brian Cornell in its announcement. “No other retailer can match the convenient delivery options that Target will offer this season.”

Amazon reacted quickly to Target’s announcement with publicity emails pointing out that many Amazon items are available for free shipping, even without a Prime membership, on orders of $25 or more, as well as the
free shipping offers offered by some small and medium-sized businesses that sell through the Amazon platform.

And yesterday, Walmart, which first began providing free two-day shipping on some items two years ago, says it is expanding that offer to millions of additional items sold by other companies through its marketplace.

It’s also moving to allow customers to return items bought through its online marketplace in stores. “With 90% of Americans living within 10 miles of a Walmart store,” it says in its announcement, “we think this is going to be a real game-changer for our customers.”